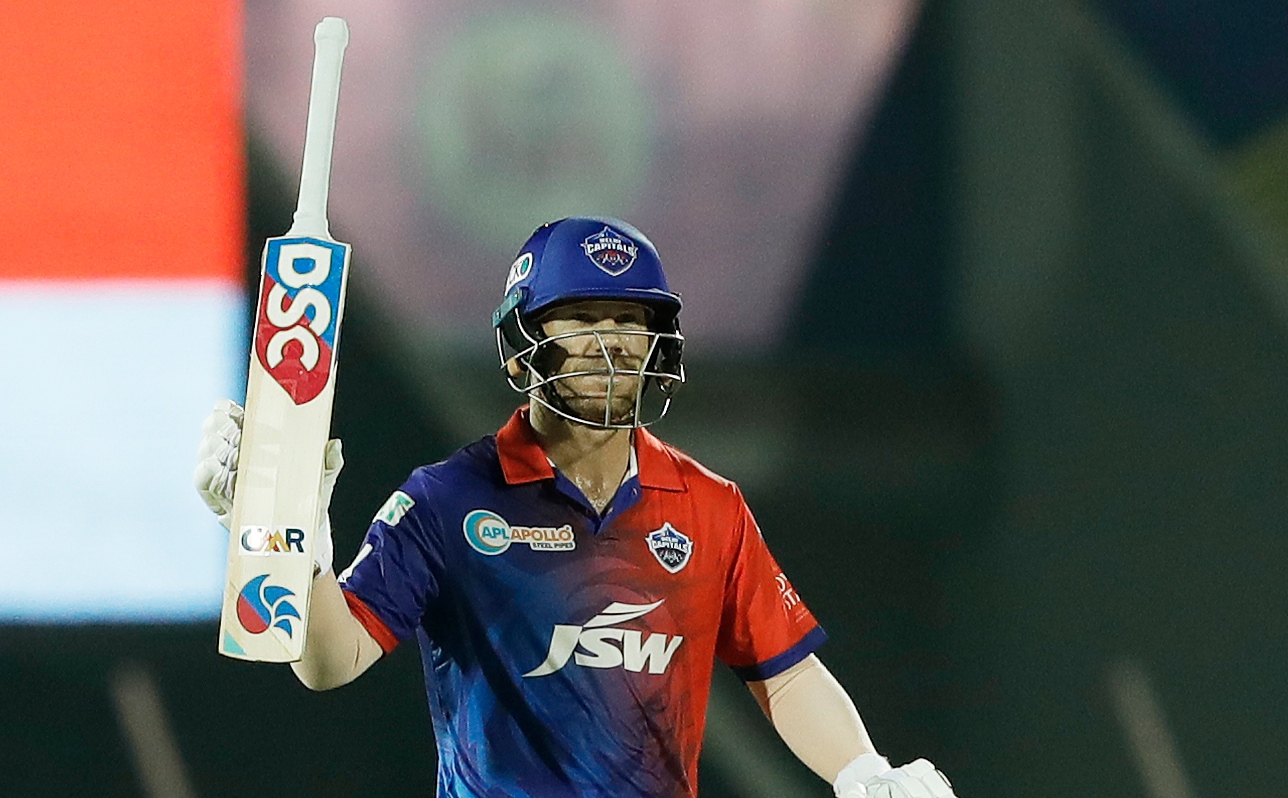 Mumbai, April 21: Delhi Capitals (DC) were back to winning ways in the TATA Indian Premier League (IPL) 2022 after a convincing victory against the Punjab Kings (PBKS) by 9 wickets on Wednesday at the Brabourne Stadium in Mumbai.

Shaw hit the first six of the innings in the third over while both openers struck four fours each. The fifty partnership was up for the opening wicket in just 21 deliveries. 15 runs came off the 4th over after Warner creamed three fours against Rabada. The duo cashed in on every opportunity as DC were cruising at 81-0 at the end of the powerplay.

Rahul Chahar, who bowled the next over, put an end to the opening partnership courtesy of a sharp catch in the outfield by Nathan Ellis to dismiss Shaw for 41. The hundred was up for DC in the 9th over after Warner dispatched a six and a four while new batter Sarfaraz Khan added a four too.Warner notched his third consecutive half century of the season and wrapped up the chase in style with a four as DC won by 9 wickets with more than 9 overs to spare.

Earlier, PBKS, who were put in to bat first, made two changes – Mayank Agarwal and Nathan Ellis replaced Prabhsimran Singh and Odean Smith respectively. PBKS skipper Mayank Agarwal started the innings on a confident note and creamed three fours in the 3rd over before Lalit Yadav provided the opening breakthrough to dismiss Dhawan, who was caught behind.PBKS lost two more wickets inside the powerplay.

While Agarwal chopped on against Mustafizur, Livingstone was out stumped facing Axar Patel in the 6th over. PBKS were 47-3 at the end of 6 overs before Bairstow was caught at fine leg off Khaleel Ahmed’s bowling. Jitesh Sharma steadied the ship with five fours and PBKS were 77-4 at the halfway stage.

Axar Patel broke the partnership after Jitesh Sharma was trapped LBW. Kuldeep Yadav struck twice in the next over after Kagiso Rabada and Nathan Ellis were cleaned up. Khaleel Ahmed claimed his second wicket after Shahrukh Khan was caught behind for 12.Rahul Chahar added 12 runs on the board before the right-handed batter was caught in the deep. DC conceded only 6 runs in the final two overs as PBKS posted 115 in the first innings.