Wasim Akram would have troubled me, says Virat Kohli

Kashmir Sports Watch May 30, 2021 3:56 am
JKCA CEO Ashiq Bukhari comes in support of Parvez Rasool, says selectors are outsiders with no role of skipper
Sikandar Raza cleared of Cancer, but will be out due to bone marrow infection

Srinagar, May 30: In a sincere admission of recognising the class that former Pakistan skipper Wasim Akram was , Team India superstar Virat Kohli on Saturday said the legendary pacer would have troubled him.

Virat Kohli who is set to lead Team India in World Test Championship final against New Zealand in England asked his fans to ask him questions on Instagram .

He said that he is quarantine and this is the time for question answer session with fans .

While there were lot of questions , one fan asked who from past bowlers would have troubled him.

Virat Kohli is considered modern day great has piled up around 70 centuries in International cricket and is backed to break Sachin Tendulkar’s record for most centuries and runs .

Wasim Akram who retired in 2003, is known as Sultan of Swing and was first to reach 500 wicket mark in One Day International’s .

Akram for his art of bowling is considered one of the best to ever produced and best ever left arm pacer . 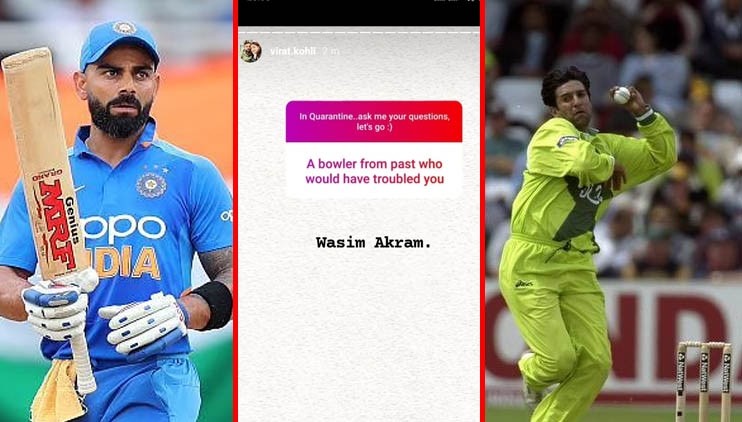