﻿ Wasn’t in favour of Babar Azam as captain but he proved me wrong: Shahid Afridi - Kashmir Sports Watch
HomeCricket

Wasn’t in favour of Babar Azam as captain but he proved me wrong: Shahid Afridi

Afridi said he thought Babar Azam is not suited for Pakistan captaincy at this stage but the talented batsman has proved him wrong. This was told bt Shahid Afridi in an interview with Pakistan news channel.

“I was never in favor of Babar Azam captaincy but he has proved me wrong,” Shahid Afridi was quoted as saying.

Babar Azam was appointed Pakistan’s ODI and T20I skipper in October 2019 replacing Sarfaraz Ahmed while a year later he was handed the reins of the Test team as well.

Pakistan cruised into the semi-final of the ICC T20 World Cup in UAE winning all of their group matches- the only team to achieve this feat in the tournament. Pakistan then whitewashed Bangladesh away in both T20I and Test series. 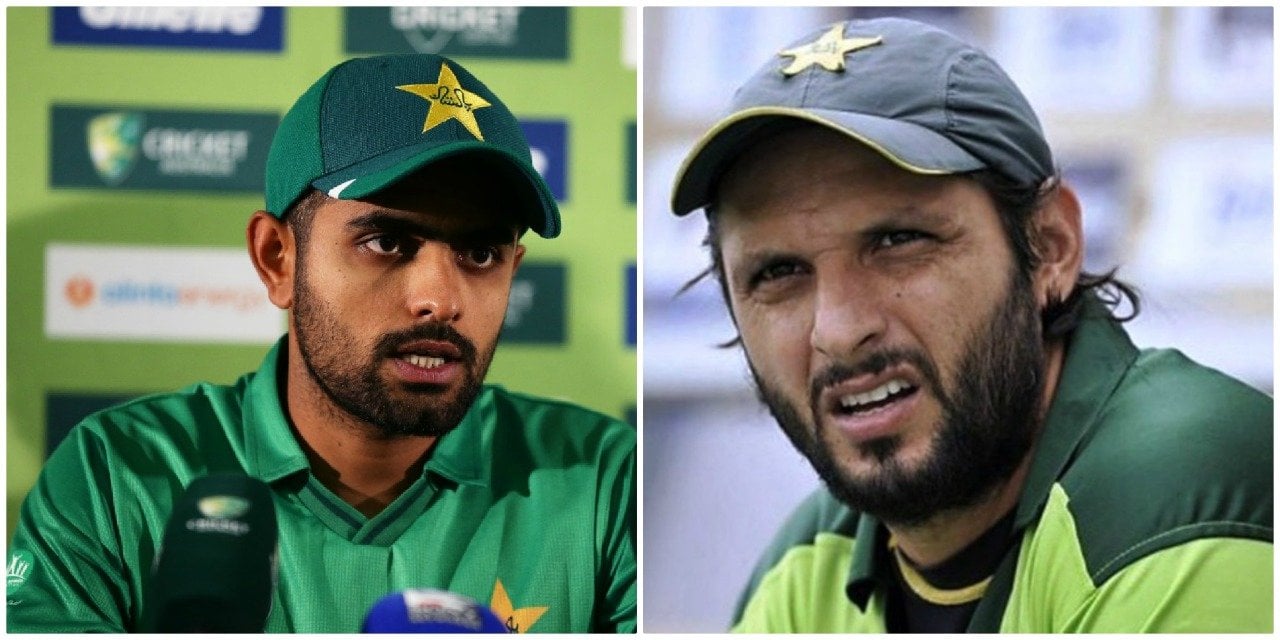