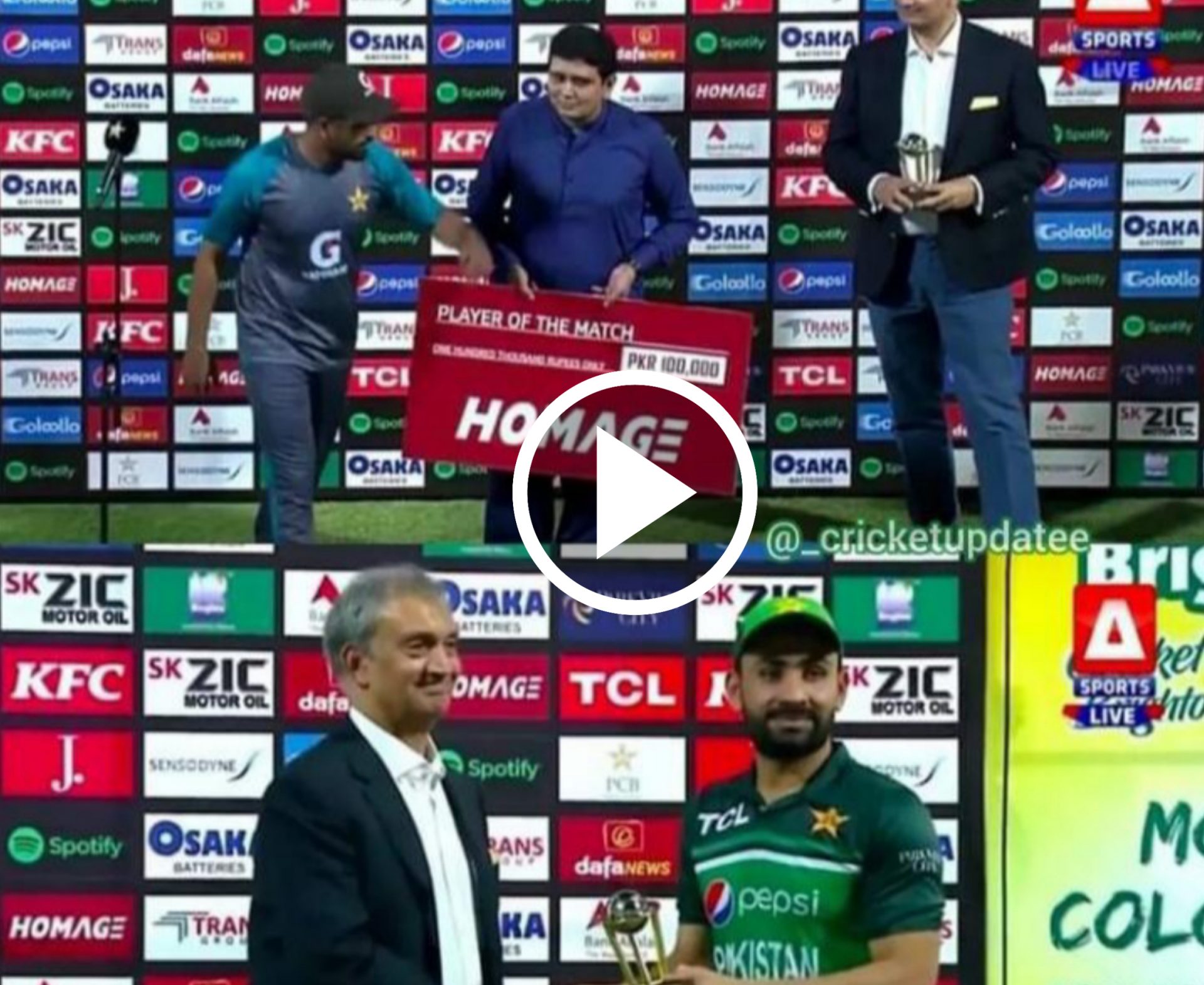 Srinagar: Pakistan cricket team skipper Babar Azam has once again proven not only he is great cricketer but also a great human being by a heart winning gesture after first ODI against West Indies in Multan.

During the presentation ceremony after Pakistan’s victory over West Indies in the first ODI at Multan, Babar handed hs player of the match award to youngster Khushdil Shah who played match winning cameo.

Babar smashed a number of records on his way to a century, which laid the foundation of Pakistan successful chase of 306 runs.

But Babar was not at the crease when the match was won. He had been dismissed for 103 and the hosts still had a stiff climb ahead. It was an unbeaten innings of 41 off just 23 balls from left-hander Khushdil Shah, which took Pakistan home eventually.

Later Babar went up to the presentation area and said that he wanted to give the award to Khushdil Shah.

The youngster excitedly signed the match ball as soon as Babar made the announcement.

WATCH: Umran Malik reveals what Dale Steyn told him after his selection in Indian team

Babar Azam’s century was his third in a row, a feat he has achieved for the second time in ODIs and thus became the first batter ever to establish this record.

He also broke Virat Kohli’s record of being the fastest to 1000 runs in ODIs as a captain.