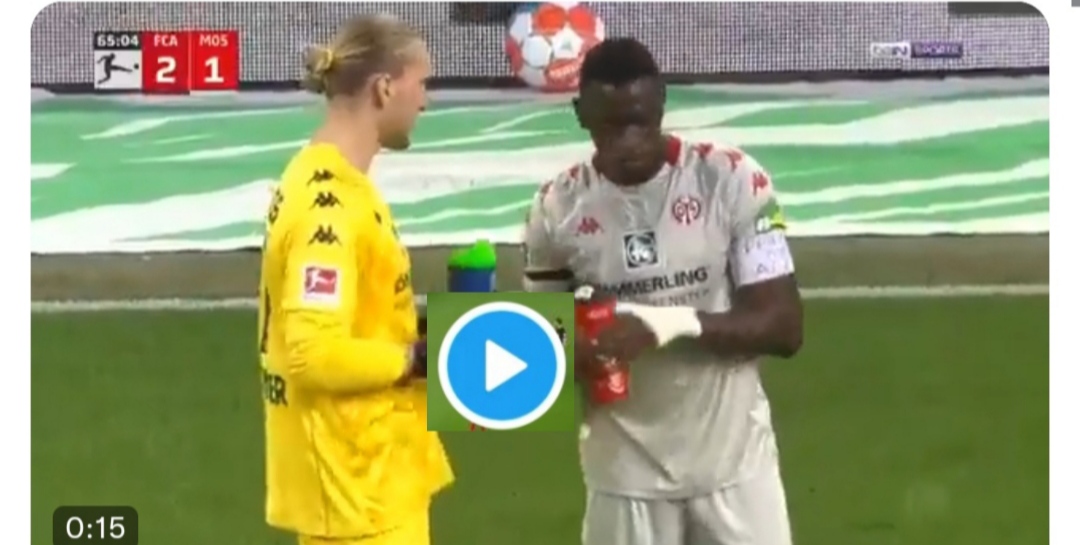 Srinagar, April 14: In a major heart winning gesture by a referee in Germany’s Bundesliga , a match was paused for the first time in history to let a player break his Ramadan fast.

A match between Mainz and Augsburg was paused last week when the referee allowed a player to break his Ramadan fast.

In a video that has gone viral on social media, in the 65th minute of the match, referee Matthias Jollenbeck halted the game so that Mainz defender Moussa Niakhate could hydrate himself.

Ramadan started at the beginning of April, during which, those partaking must not eat or drink anything during daylight.

In the video Niakhate is seen drinking water from two bottles before proceeding to thank the referee with a handshake.

This gesture is likely to be replicated on Sunday when referee Bastian Dankert would briefly pause RB Leipzig vs Hoffenheim to allow Leipzig’s Mohamed Simakan to rehydrate.

In the Premier League, last season’s match between Leicester City and Crystal Palace was also halted by referee Graham Scott to allow the Foxes’ Wesley Fofana and Palace’s Cheikhou Kouyate to break their fast.