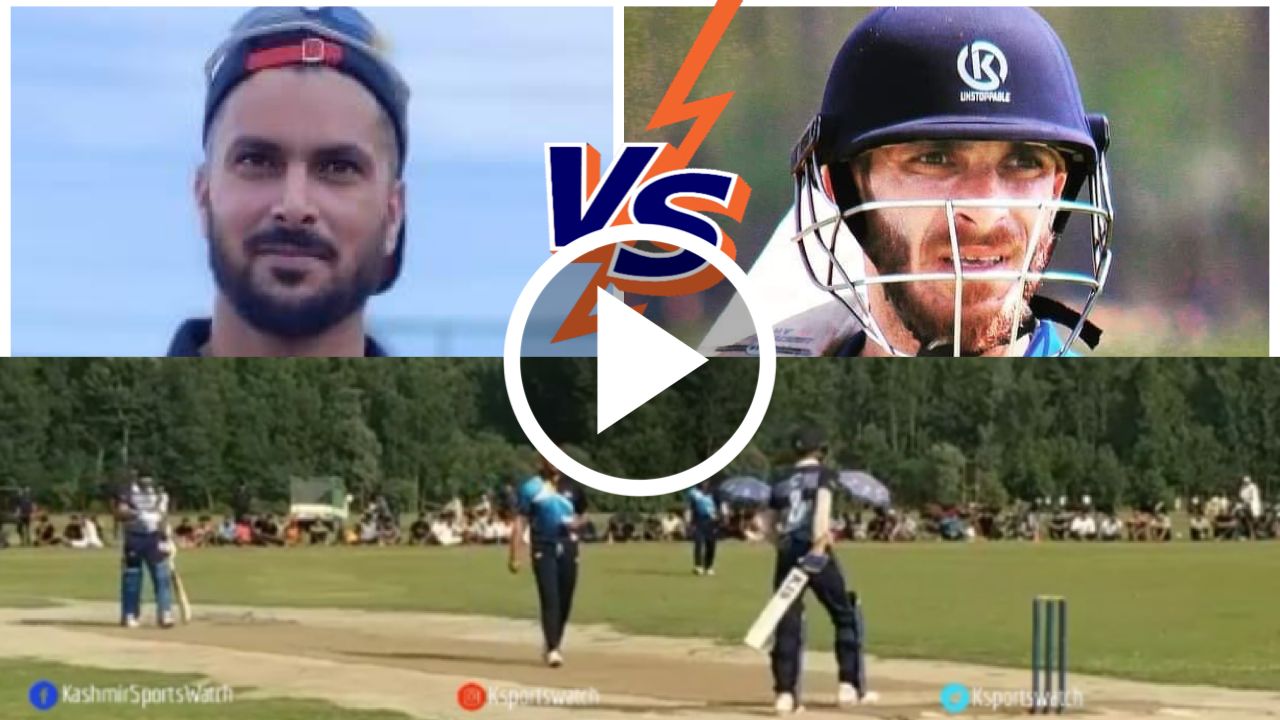 Friday afternoon was thrilling in many ways. A star-studded semi-final of Shallabugh Super League and on top of it, a hot battle between two superstars: Syed Sagar and Adil Kachroo!

After opposition put on a total of 167 runs, Kachroo and Adil Reshi walked to bat for Ali Jana Cricket Club. The duo began steadily but as soon as Syed Sagar came into bowl, the battle got hotter.

Sagar had a face-off with Adil Kachroo. He troubled latter with a few hard length deliveries and to add pressure on Adil, Sagar probably send down a word or two but Kachroo looked absolutely unmoved.

As Sagar ran in again, Adil stopped him in the run-up and Sagar showed his disagreement by giving him a close look. The battle continued throughout the match as lastly, Ali Jana emerged as winners and made it to the finals of the tournament.