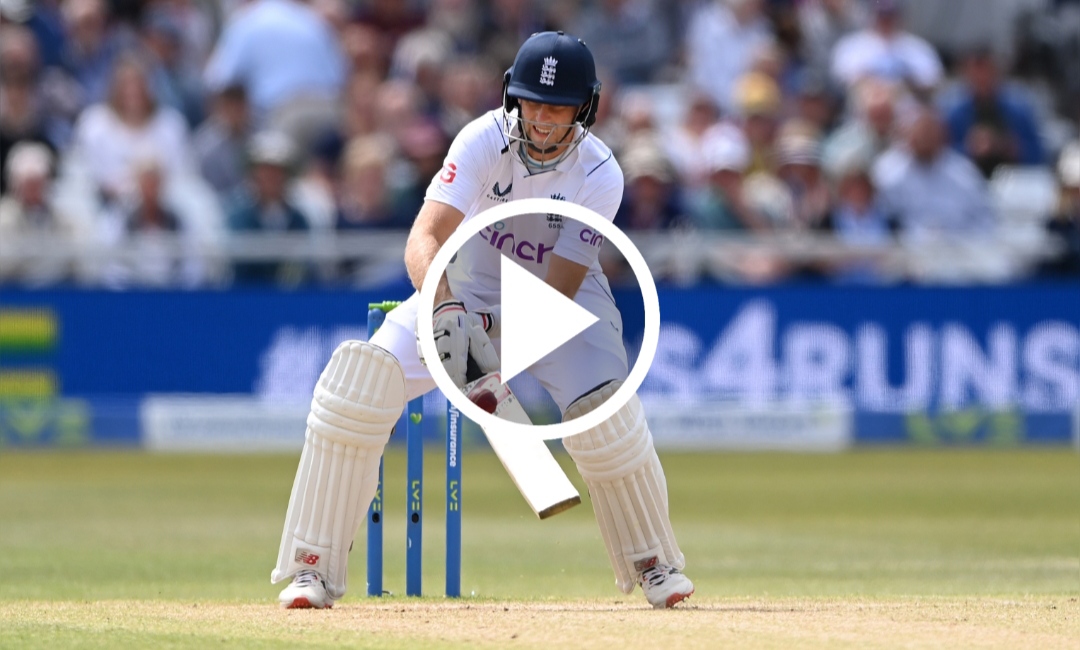 Joe Root played a reverse-scoop off Tim Southee for six runs, with everyone in awe of the shot.

Fans and commentators were out of words when they saw Root, who is considered to be one of the most classical stroke players around, playing that particular shot. It is not everyday that one sees such strokes from a batsman like Root.

WATCH: Shadab Khan hugs a spectator who ran onto field and saluted him

Former England captain has been in the form of his life for a while now in Test cricket.

Root, who had a match-defining century in the series opener, starred with the bat in the second Test as well, scoring 176 runs off 211 balls with 26 fours and one six.

During the 117th over, bowled by Tim Southee, he played a shot which was never seen off his bat before, at least on camera.

He played an outrageous reverse-scoop off Southee, which went over the slips and cleared the third man region for a six. While playing that shot, he changed his stance to get the timing right, and it all worked to perfection.

“I’m looking to take batting into new areas” said Joe Root at that start of the day,” Root had said in morning.

It seems influence of new coach Brendon McCullum is taking over England.

A quiet start to the morning in Nottingham…