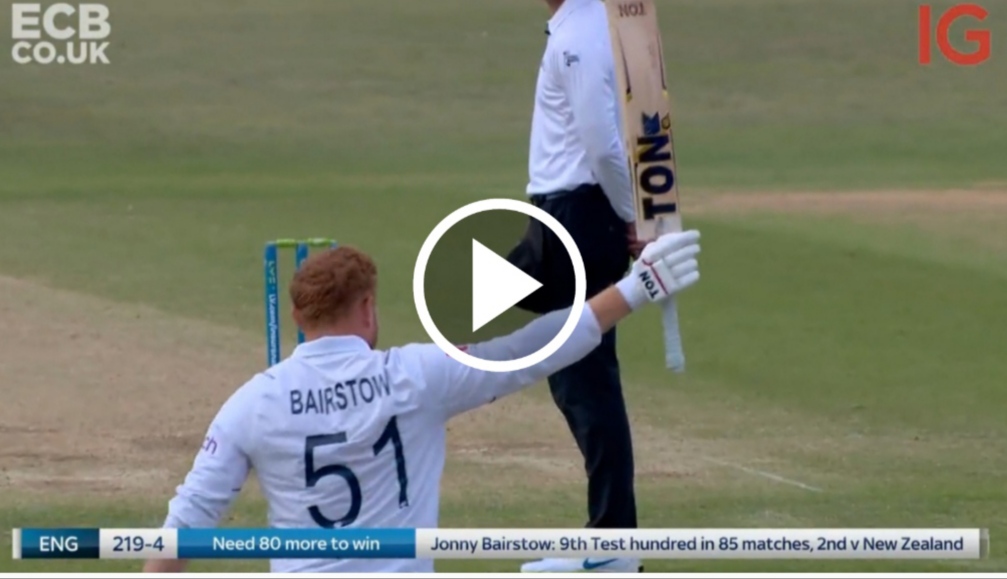 By Kashmir Sports Watch
June 15, 2022
Srinagar: It was Test cricket at its best, with last session producing one of the finest finishes in the history of the game as
Jonny Bairstow and Ben Stokes destroyed New Zealand’s attack to seal magic win for England in the second Test at Trent Bridge by five wickets on Tuesday.
England were chasing a challenging total of 299 on the final day to win in Nottingham after dismissing the visitors for 284 in their second innings. Bairstow played with typical aggression reaching the century mark off just 77 balls. It is the second fastest ton ever by any England cricket after Gilbert Jessop’s 76-ball ton in 1902. Courtesy the ton, England cruised towards the target and won the match by five wickets.
With England needing 160 off the final session, Bairstow and Ben Stokes batted with aggression to take their team towards a win. Their aggressive batting had started from the second session itself. At Tea, Bairstow was on an unbeaten 43 from 48 balls, while skipper Ben Stokes had made a rapid 25 not out.
Watch as Bairstow reaches his Century
A capacity crowd at Trent Bridge was treated to a remarkable array of brutal boundaries from Bairstow, who hit 14 fours and seven sixes to leave New Zealand bewildered in his 92-ball masterclass.
Click to Watch : Bairstow went all guns blazing after tea
At tea, all four results were possible, with England needing another 160 runs with six wickets left.
Click to watch Bairstow hitting back to back boundaries
But the sensational Bairstow, supported by skipper Ben Stokes, with an unbeaten 75, demolished of the Test world champions.
It was the highest final-innings run chase in a Test at Trent Bridge, surpassing the previous record of 284 set by England against New Zealand in 2004.