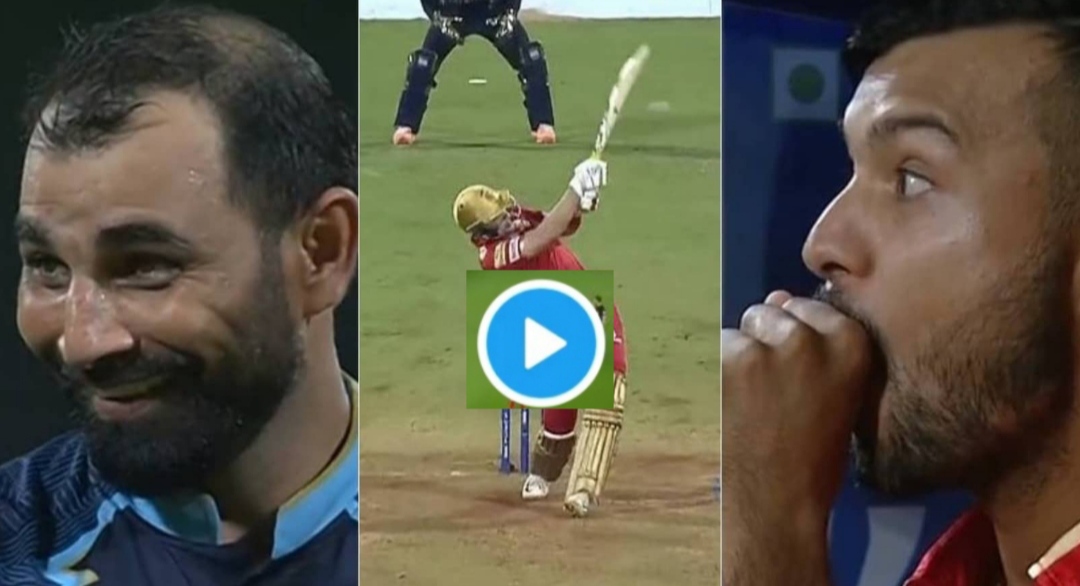 Srinagar, May 4: The huge monstrous six by England batsman Liam Livingstone for Punjab Kings against Gujarat Titans in the ongoing IPL 2022 left everyone stunned in Navi Mumbai stadium with factions going viral.

Livingstone smashed the first bowl of the 16th over bowled by India pacer Mohammad Shami to the longest six of the tournament. The ball travelled 117 metres.

While everyone was awestruck with the monstor hit , pacer Mohammad Shami was also impressed by the shot. Liam batter cleared his front leg and swung his bat hard to hit the ball over deep square leg.

PBKS captain Mayank Agarwal was caught on the camera with the stunned reaction to Livingstone’s six. The video of Agarwal’s reaction after the PBKS batter hit the massive six is going viral on social media.

CLICK here to Watch the Monstor Six by Livingstone

Livingstone bettered the record of Mumbai Indians batter, Dewald Brevis, who hit the 112-mtere six. In 16th over, the PBKS batter smashed four sixes and one four, taking his team over the line. With this victory, PBKS climbed to the fifth spot on the IPL 2022 points table.