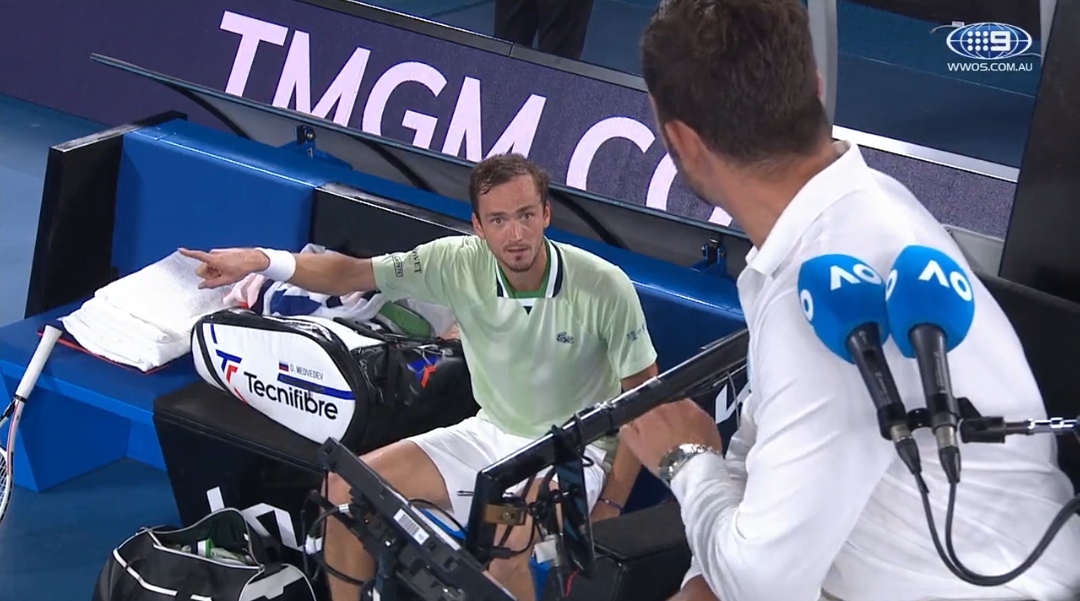 Srinagar, January 29: Though Russian World No.2 Tennis Player in the World Daniil Medvedev registered a four set semifinal win over Stefanos Tsitsipas in the Australian Open 2022 it was his outburst at chair umpire that made the headlines.

Medvedev was furious at the umpire Jaume Campistol. Medvedev acused Tsitsipas, of being coached in Greek by his father Apostolos.

“How can these guys be so stupid in a semi-final.”

Medvedev continued his rant after Tsitsipas took the set in the following game. “Do you understand Greek? Next time it should be a code violation because he’s speaking Greek,” Medvedev said during the changeover. “If you don’t, you are a – how can I call it – small cat.”