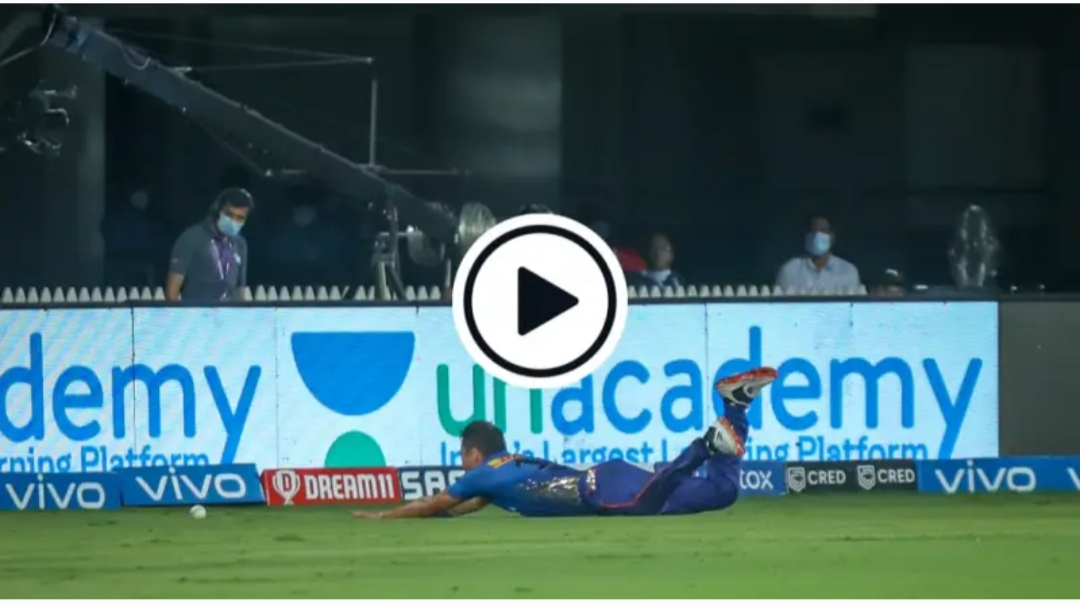 Srinagar, April 18: Internet is flooded with memes and GIF’s related to the fielding effort or rather call fielding fail by Trent Boult during Saturdays Indian Premier League (IPL) game between Mumbai Indians and Sunrisers Hyderabad.

It was hilarious moment during high intense game which left every one laughing but thier was one bloke that was not impressed , it was bowler Krunal Pandya as ball went past boundary line.

The incident occurred at the end of the fifth over of SRH’s pursuit of 151. David Warner hit a firm drive of Krunal through the off-side.
Boult set off in pursuit, only to start to lose his footing as he neared the ball. His attempt to keep himself up added to the comedy, with the Kiwi new-ball bowler desperately flailing as the ball stayed just out of reach.

Internet was flooded with memes and videos of the effort and some suggested it was as if he was running on a treadmill, while others likened it to him swimming through the air.
Boult eventually collapsed to the ground, burying his face in the turf just as the ball crashed into the rope.
Krunal failed to see the funny side, but there was plenty of laugh in the commentary box as well all around to make up for it.