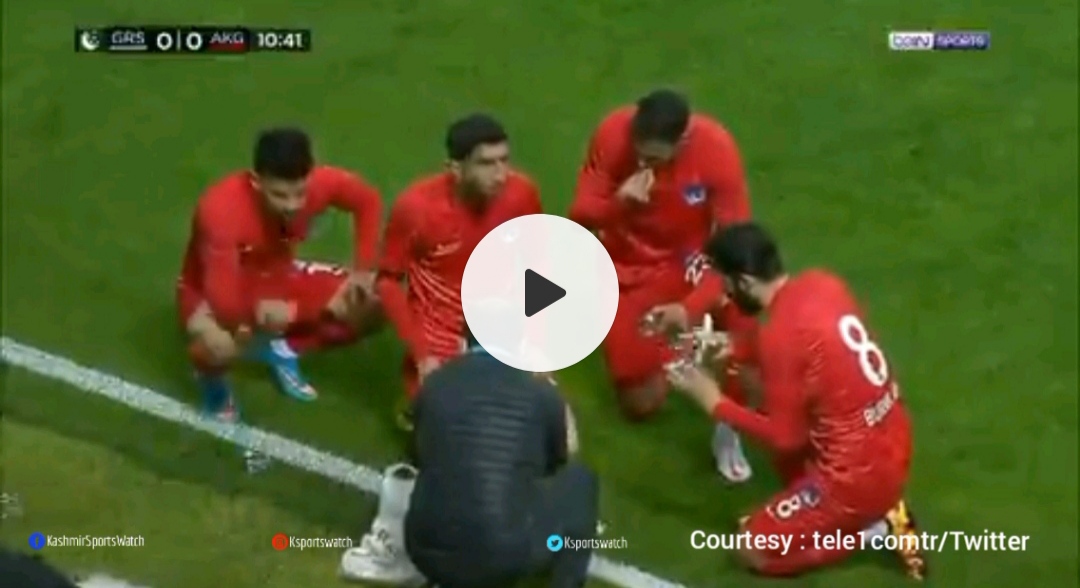 Srinagar, April 14: In one off its kind incident in the football arena , Turkish football club on Tuesday , April 13 broke its Ramadan fast during the game .

As per report and video that has surfaced on Internet , 10 mins into a match, Ankara Keçiörengücü players stop to break their Ramadan fast on dates, bananas and water. Despite scoring first, 5 mins after the restart, they lost 2-1 to division leaders Giresunspor.

Another report said that it was 30th week of the TFF 1st League, in which GZT Giresunspor defeated Ankara Keçiörengücü 2-1.

“During the match, some players from both teams broke their fast when the game was stopped at the iftar hour,” this report said.