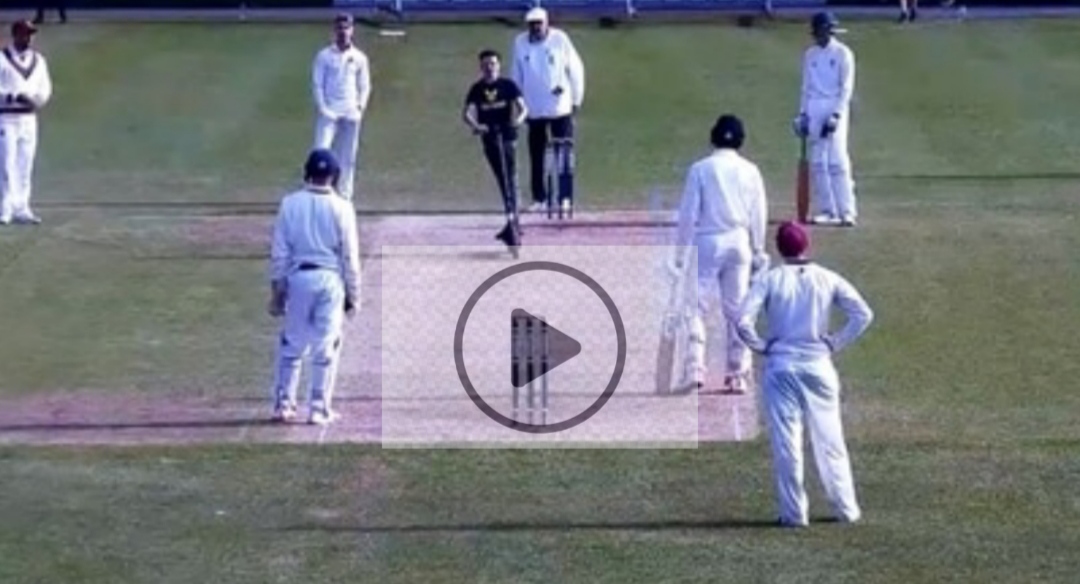 Srinagar, May 10: An old video of a man riding with scooter on the middle of cricket pitch has gone viral on Twitter.

Cricket over the years has seen some of bizarre incidents with unusual circumstances bringing game to halt.

In a latest a cricket match was brought to a halt when a man entered the ground and rode his scooter in the middle of the pitch.

A video shared by England’s Barmy Army shows a club cricket match getting halted when a guy entered the field and rode his scooter on the pitch, leaving the onlookers perplexed.

The video has gone viral on social media on Monday, but it seems to have originally taken place on April 30th, the day when Soton University Cricket’s Twitter handle shared an image of the incident. “Welcome to Pompey boys, Job Centre’s the other way,” it had tweeted.

The video is accompanied by an audio of commentators reacting loudly to it, but in all possibility, that appears to be an audio clip from TikTok, as the application’s logo can be seen at the top left corner of the screen.

Cricket has witnessed interruptions of many kinds in the past. Rain, sightscreen issues, animals running on to the field and wet outfield have stopped play at some point.

A few years ago, during a Ranji Trophy match between Delhi and Uttar Pradesh in 2017, a man rode his car in the middle of a ground to bring the match to a halt in New Delhi.