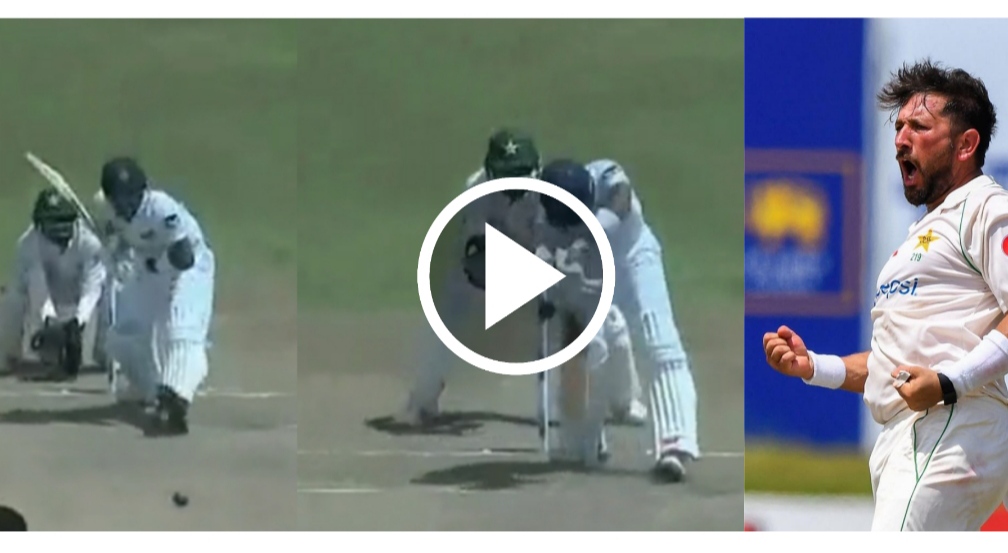 In the ongoing first Test match between Pakistan and Sri Lanka at the Galle , Yasir Shah pitched the ball outside leg stump to Mendis and made it turn from there to hit the top of the off stump.
It was vicious turner that castled the batsman leaving him puzzled.

The delivery from Yasir was similar to the “Ball of the Century” bowled by the late great Shane Warne, Australia’s legendary leg-spinner, during the early 1990s.

Warne had bowled a sharp leg-spin to England batter Mike Gatting at Old Trafford in 1993.

The delivery is also termed as the “Ball of the Century”. Yasir Shah’s delivery to Mendis reminded the fans of Warne’s famous dismissal.