West Indies brace up for challenge against formidable Pakistan

Karachi, December 13: With rebuild underway, West Indies will have a massive task on their hand taking on a Pakistan side who will be confident of putting up a good showing in their own backyard.

Lead by the talismanic Babar Azam, Pakistan will aim to continue their momentum from their excellent campaign during the T20 World Cup which was followed by a 3-0 whitewash of Bangladesh away from home. The home side will have a pretty settled unit with an in-form Babar backed up by the services of Mohammad Rizwan, Fakhar Zaman and Asif Ali in the batting department. The bowling department will be missing the services of Hasan Ali but will still have plenty of firepower with the likes of Shaheen Afridi, Haris Rauf and Mohammad Hasnain.

For the visitors already without their influential skipper Kieron Pollard, the preparations have been hit by a roadblock with Sheldon Cottrell, Roston Chase and Kyle Mayers testing positive for COVID. The onus will now be on skipper Nicholas Pooran who will be tasked with not only leading the side but also guiding an inexperienced Windies touring party.

The two teams recently faced off in a T20I series earlier this year in the Caribbean. Rain played a major role as three of the four matches were interrupted by rain leading to a no result. Pakistan won the second match by 7 runs in Providence with Babar Azam and Mohammad Hafeez playing a starring role.

Batting first, Pakistan posted a score of 157/8, led by the captain’s half-century. Hafeez was then at his economic best, registering figures of 1/6 in his four overs as the Windies were restricted to 150/4. Pakistan would win the four-match series with a 1-0 margin.

“We are looking forward to carrying forward the momentum from the T20 World Cup and the last series against Bangladesh. The environment is really important in a team. As a player, you need support from your team. So the effort is to provide them with the support which they need to perform. The whole team is taking the responsibility to give their maximum effort. You cannot take any team lightly,” Babar Azam said. 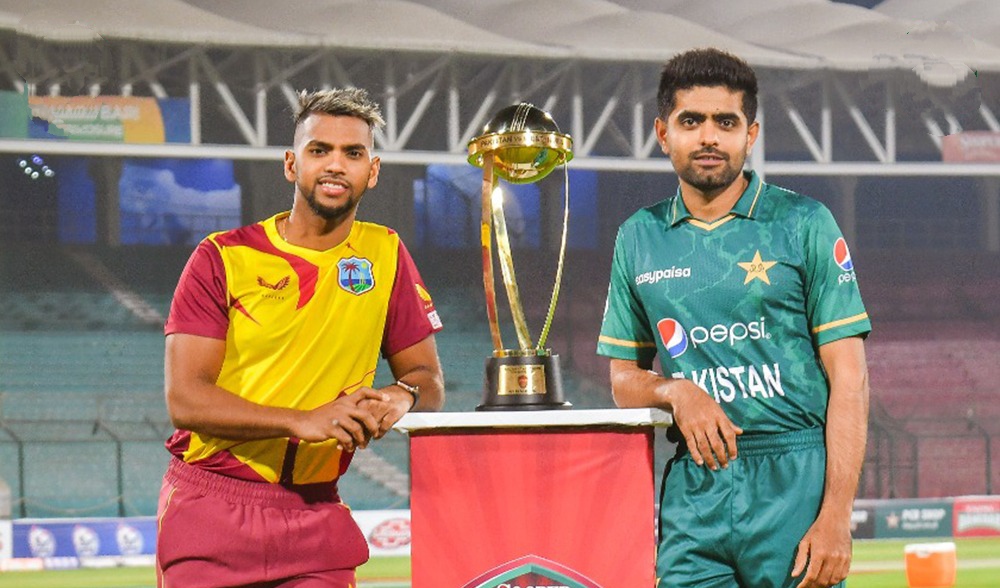