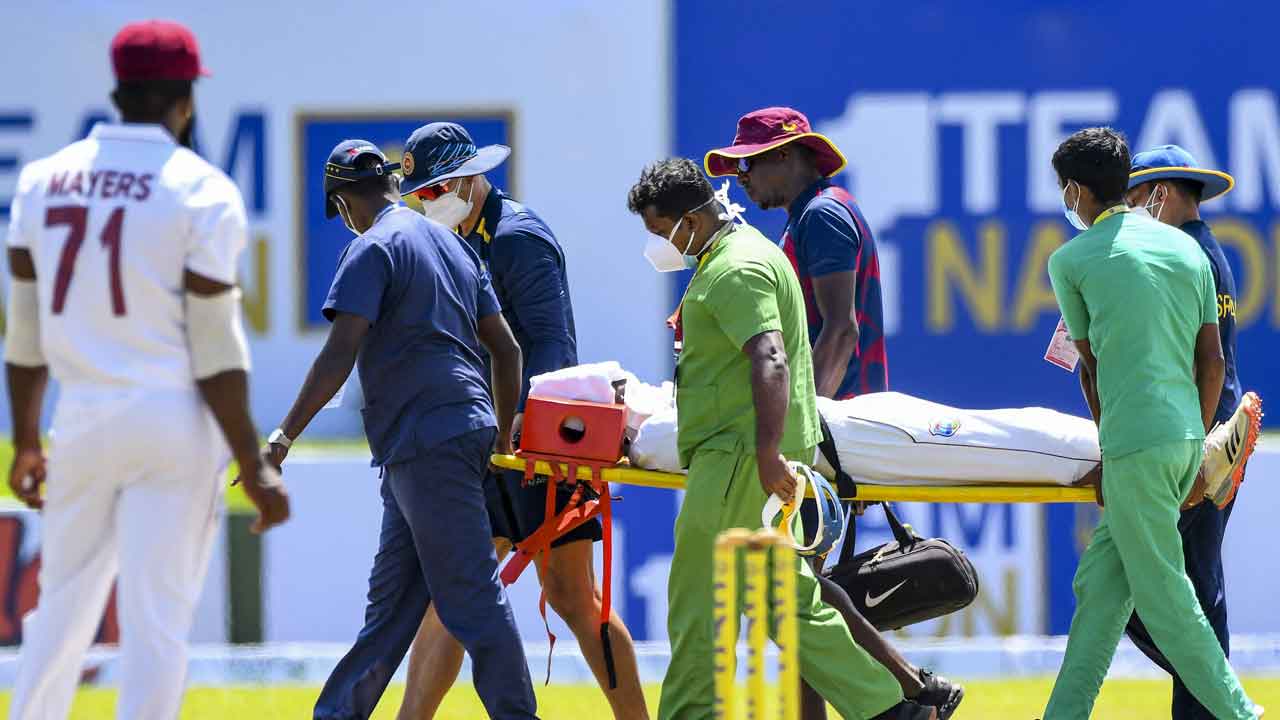 Srinagar, November 21: In a major incident , sending shivers down everyone’s spine on the field, West Indies debutant Jeremy Solozano had to be taken to hospital after being hit on the head while fielding at forward short leg in the first Test against Sri Lanka at Galle.

The impact was so severe that debutant had to be stretchered off the field.

This incident happened on the fourth ball of the 24th over during the first session on day one of the Test at Galle Stadium.

Roston Chase bowled a short delivery to Sri Lankan captain Dimuth Karunaratne. In response, Karunaratne struck a powerful pull shot off the back-foot straight in the direction of Solozano, who got very little time to duck.