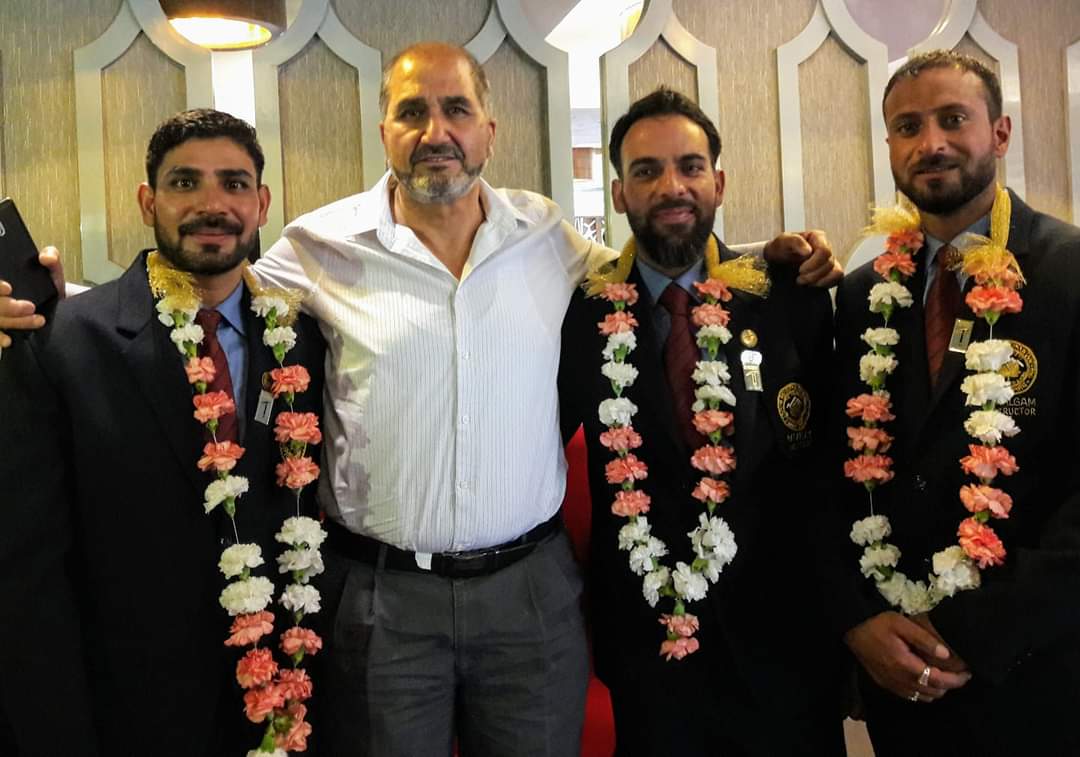 Notably after climbing the Mount Everest the team arrived Pahalgam on Monday. The Secretary, J&K Sports Council Nuzhat Gul was Chief Guest on the occasion.

In his inaugural speech Abbas Wani welcomed all, present on the occasion. He highly appreciated Col. I.S Thapa Leader of the successful expedition and Principal JIM&WS for ably managing to put 6 climbers of JIM&WS and Nehru Institute of Mountaineering, Uttrakhand and six other Sherpas atop the mighty peak against all odds.

In her address the Chief Guest Nuzhat Gul, Secretary Sports Council expressed her pleasure and pride for the successful climb by three climbers of our own JIM&WS, Pahalgam. She said their feat would certainly encourage a spirit of adventure among our youth to take up to adventure sports. She congratulated the successful team and their brave leader.

The Expedition Leader and Principal JIM&WS expressed his gratitude for WGAJK for hosting the impressive felicitation function in their favour.

He said that his institute is always helping the Association in promoting winter sports in South Kashmir and will continue to render its assistance.

He further said that though we have some instructors who have already climbed the Everest but with the climb of two local lads the Institute received more applauds from the society. Climbing Everest in extremely bad weather was difficult task but we accomplished it without fear.