Srinagar, May 27: In a serious note , former Pakistan cricketer turned expert Ramiz Raja has attacked Pakistan team management for not building team for future age being dependent on old aged players and fixers .

Speaking on his Youtube channel Ramiz Raja said Pakistan should have given maximum youngesters chance during recent Zimbabwe series .
He even went on to say that Pakistan team recalls all its aged players and tainted players when going gets tough .

It has seen an apparent reference to seniors players like Shoaib Malik and Mohammad Hafeez while as fixing can been attributed to Mohammad Amir.

Raja has previously also hit out at Malik and ahafeez while as senior duo had hit back at Raja.

He said that Pakistan should build team for future .

“Even if you lose with new players in the side, there is at least a silver lining that you figure out players are capable and those who aren’t. You move on and test another player. With old players, who already who know what their value addition (to the team) is,” Ramiz Raja said .

Ramiz reckons the reason why seasoned veterans are not seen predominantly in international cricket is that their reflexes slow down and despite their reputation and ability, it becomes difficult for players nearing 40 to deliver the goods in the shortest format.

“As far my understanding goes, I haven’t seen a 40-45-year-old player in T20s on the international platform. It makes sense because your reflexes slow down and even if you were a world-class player, your performance drops to 50 per cent,” Ramiz remarked.

“We don’t have players of that calibre. For example, MS Dhoni and Sachin Tendulkar, despite being at their 50%, were still very useful. This just reinforces the fear we have about losing matches. For the sake of winning, we are destroying the system,” Ramiz said.

In order to get future direction Raja suggested to include new players in team.

“Move on with new players. It will at least give you a sense of direction. Against Zimbabwe, if you had gone with new players and lost, nobody would have said anything because it could have been an experimental tour. There are very few occasions where you can experiment against an international team. Like I have said earlier, they take one step forward and two steps backwards,” said Ramiz. 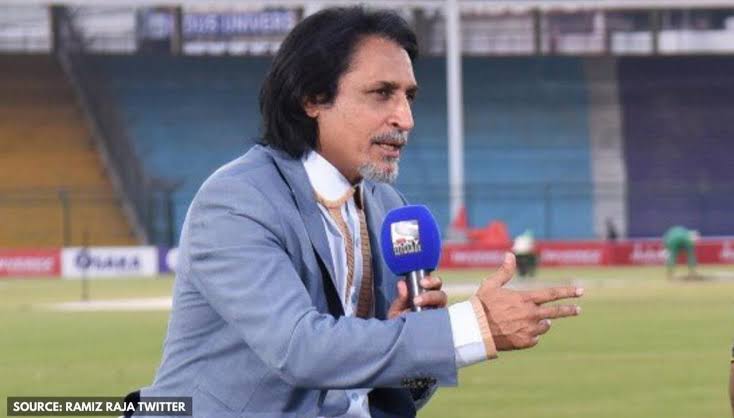