Kashmir Sports Watch December 24, 2021 12:49 pm
JKFA distances itself from Invitational football tourney
Abdul Samad: a swashbuckler who can turn the tables in IPL 2021

Cricket is the second most popular sport in the world. In India, everyone from the gully to Delhi is playing cricket. Cric Heroes plays an important role in recognizing the talent of cricketers who play such cricket and improving their performance.

It is very useful for everyone who plays cricket in the country to connect with each other. It helps a lot to recognize the talent of cricketers, to record the achievements of cricketers and to grow as good cricketers.

Crick Heroes has become a platform for millions of grassroots cricketers. Cricketers take their scores and performance details very seriously. However no data related to them will be lost. Others record the score sheet on paper. 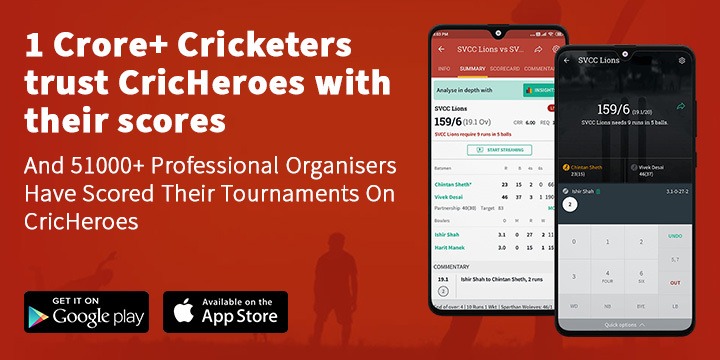