Shahid Afridi would be playing for Quetta in the upcoming edition of PSL and the Quetta would be lead by Sarfaraz Ahmed.

“I will try to encourage him, he gets emotional during the field, I will try to keep him cool and support him on the field. He has been playing very well,” Shahid Afridi was quoted as saying by Cricket Pakistan.

Afridi also said that he wasn’t approached for the power hitting consultant for the Pakistan Cricket Team by PCB.

The PCB had recently advertised for the role of a power-hitting coach as well as other roles including coaches for batting and high performance.

Afridi, when asked if he had been approached for the role, said as quoted by Cricket Pakistan, “Nobody has approached me for the role of power-hitting coach.”

“I will let you know if someone gets in touch with me,” he added. 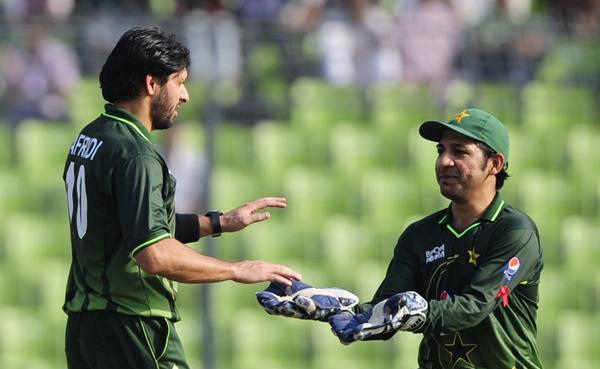