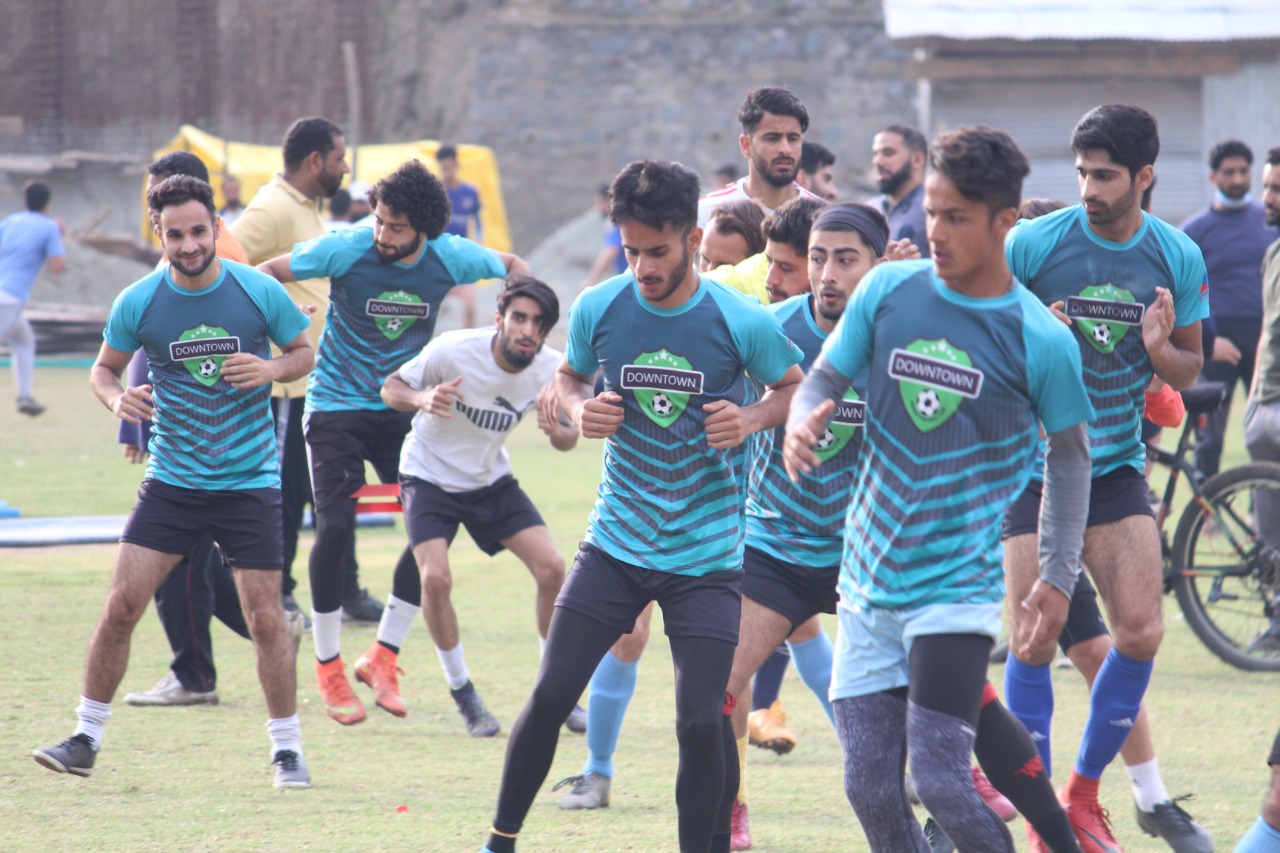 Srinagar, June 16: With eye on I-League, the old city of Srinagar based football club, Downtown Heroes FC has resumed its daily training at Islamia College Ground , Hawal , Srinagar on Tuesday.

The daily training sessions of the club resumed after having being halted for more than two months due to COVID-19 restrictions. The formal opening of training session was held in front of Club directors Mushtaq Bashir, Hinan Bhat and co-chairmain Kaiser Ahmed Bhat.

The new look team include some previous season players as well as some new faces . The club is aiming to recruit some more new faces in order to increase the strength of the squad .

On Monday J&K Football Association announced the opening of registration for new season and teams have been asked to complete registration upto July 5.

Already five teams including Downtown Heroes FC are vying for the place in Second Division I League . As JKFA can nominate only two teams, the five teams have to play against eachother for the qualification .

“This is new season and with new look. Last year it was our first season and we were still in making. The club has already made name for itself and performance was also satisfactory ,” said Kaiser Bhat.

“This season we have already made our intentions clear that we are eyeing participation in second division I-League and in I-League in future. We will be participating in qualification tournament and for that we have to field strong team,” he said.

“There are only two spots and five teams have applied for the participation. It means five teams have to contest for the spots against eachother. Our team will need to perform at its best in order to qualify for the league,” Downtown Heroes Co-Chairmain said.

“We will be fielding strong side. We have retained some players from last season while as will be recruiting some new players as well,” he added.