Rudrakshi Chib and Ananya Sharma, both making their debut, starred for J&K with the bat and ball, respectively. Chib made an unbeaten fifty while as Ananya scalped a 3-wicket-haul.

Earlier, Manipur won the toss and opted to bat first. However, the decision seemed not to be an ideal one as they lost two wickets within first 6 overs. J&K bowlers kept their lines and lengths tight to make sure Manipur batswomen doesn’t get any opportunity to free their arms.

Manipur was struggling at 41 for 5 when a 33-run partnership for the seventh wicket calmed things a bit. Though another two wickets fell too shortly, putting the batting side on backfoot once again.

Then finally, Rebika S decided to take aerial root and steer her team to at least a fighting total. She knitted a couple of partnerships with the tail-enders, taking Manipur to 118/8 in the alloted 50 overs.

Apart from her unbeaten 38 runs, Chingkhei was the second highest run-getter with 20 runs to her name. For J&K, Ananya Sharma was the wrecker-in-chief with figures of 10-2-27-3. Apart from her, Bismah Hassan, Sarla Devi and Rubia Syed scalped a wicket each.

Coming to chase a small total, J&K openers began confidently. Bushra Ashraf, who was making a comeback after 2 years, struck a few early boundaries before running herself out.

Sarla Devi then joined Rudrakshi at the crease. She also made a few runs, taking the match further away from Manipur Women.

However, bowlers then did some recovery, picking another 3 J&K wickets. It though wasn’t enough at the end as Rudrakshi looked unmoved from the one-end.

She carried her bat through the innings, finishing with 51 not-out off 101 balls. Insha Bashir and Sarla Devi, who made 16 runs each, also contributed to the total.

J&K crossed the line in the 32nd over to earn themselves 4 points and a strong Net-run-rate (NRR) from this match.

They next face Sikkim on 13th March. 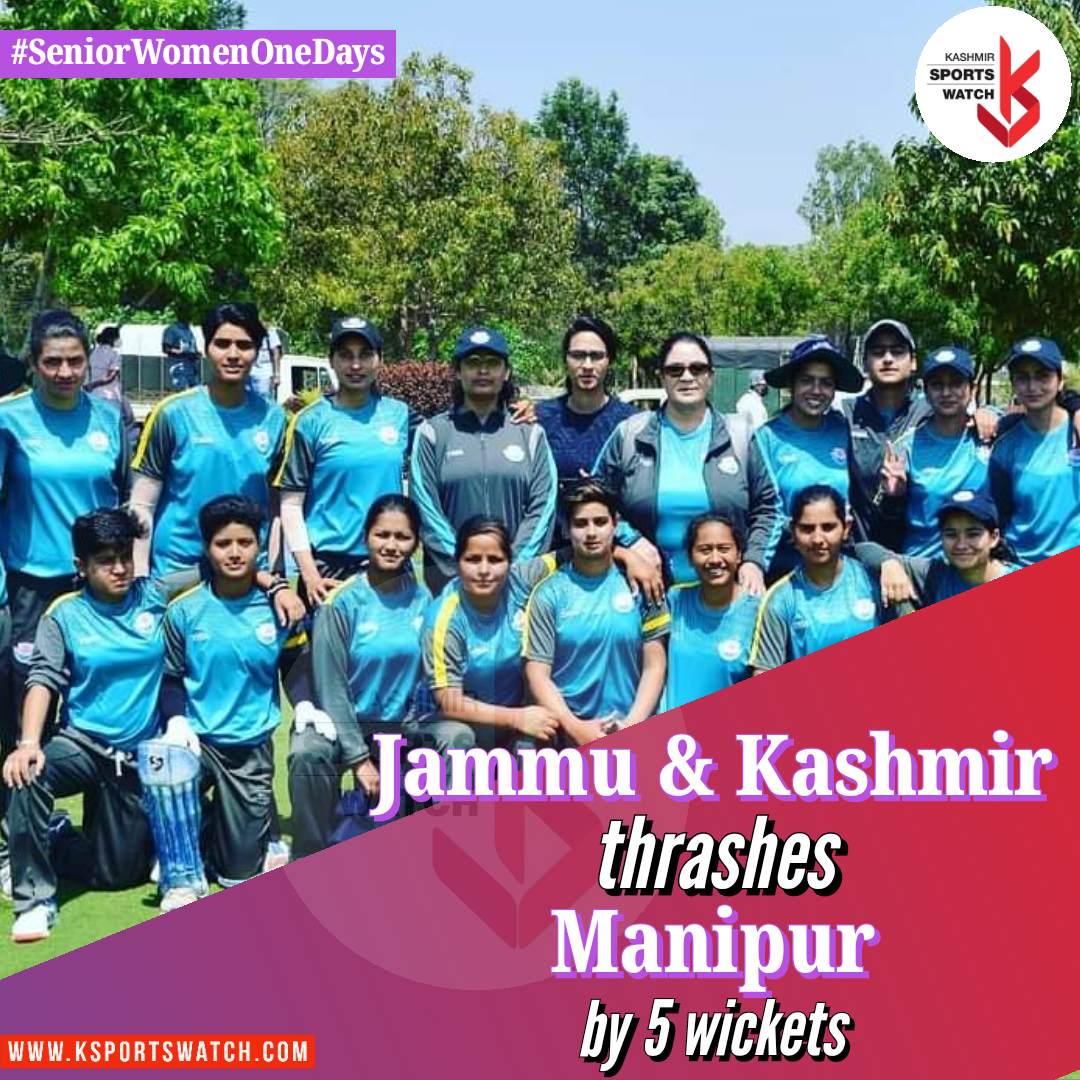