Srinagar, March 13: A brilliant unbeaten century by star batswoman Rubia Syed guided J&K to its second consecutive win in the ongoing Womens Senior One Day Trophy-2020-2021.
Playing its second match of the tournament against Sikkim at Alur Cricket Stadium II, Bangalore on Saturday , J&K outclassed its opponents in all departments to earn an easy win.While in batting Rubia Syed starred for J&K, in bowling Bismah Hassan was pick of the bowlers.
Earlier, Sikkim were able to score 188 runs in thier allotted 50 overs for the loss of nine wickets. Sarika Koli with 112 not out was highest scorer for them.
For J&K, Bismah Hassan took three wickets while as Sarla Devi took two. Ananya, Rubia, and Sandhya took one wicket each.
In reply , J&K on the back of unbeaten ton from Rubia achieved target in 38 overs for the loss of four wickets .
Rubia Syed with 102 not-out from 98 deliveries was highest scorer for them while as Sarla Devi scored 44. Bushrah Ashraf scored 15 and Insha Bashir scored 11 not-out .

J&K won by six wickets and earned four points from the match.
In its first match played on Thursday , J&K had defeated Manipur by five wickets.

J&K will next play against Mizoram, on March 14. 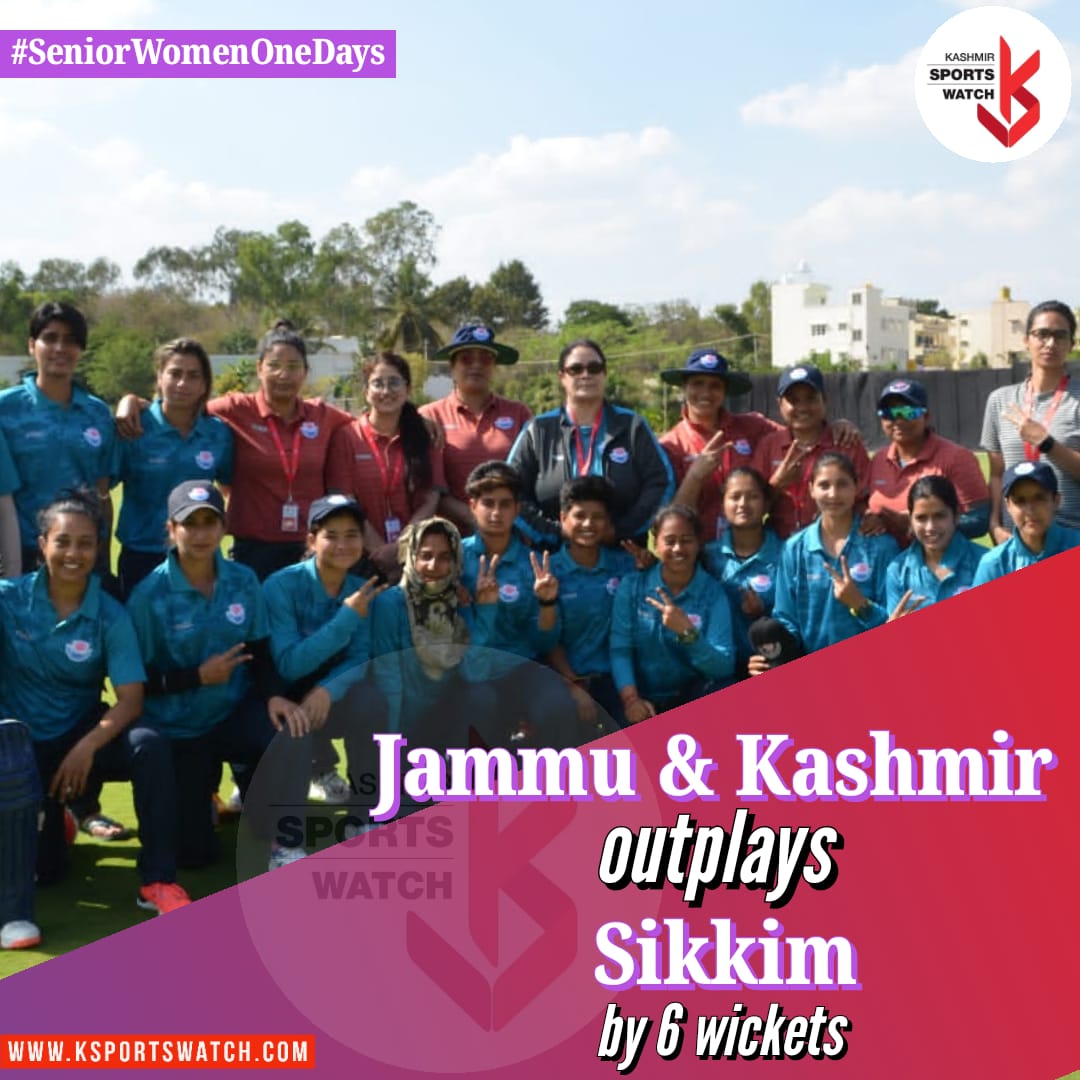