Srinagar, May 15: After being absconding without any trace in connection with Wrestlers murder , Delhi Court on Saturday has issued non-bailable warrant against decorated Olympian Sushil Kumar .

The court had earlier issued a look-out-circular (LoC) against the wrestler.

Report also said that Delhi Police have also decided to announce a reward for his arrest.
“We also sent a letter to Delhi government, informing that their official Sushil Kumar, and his associate, Ajay Kumar, who is a physical education teacher, have been named by the victims. Departmental action should be taken against him,” a senior police officer was quoted as saying in a report by Indian Express.

“After registering an FIR, we served notice to him, but he switched off his phone and has been untraceable since. We also conducted raids at his friends’ residences and now have decided to announce a reward for information leading to his arrest and a file has been placed before senior officers,” report quoted officials as saying.

Sagar Rana, was beaten to death during a brawl at the Chhatrasal Stadium parking area. After the incident, an FIR of murder, abduction and criminal conspiracy was registered against Kumar.

On May 4, Sagar Rana, who had competed in the 97-kg Greco-Roman category, was beaten to death in a clash involving two groups. Rana was a former junior national champion and is part of the senior national camp. “We have found during investigation that a quarrel had allegedly taken place between Sushil Kumar, Ajay, Prince Dalal, Sonu, Sagar, Amit and others in the parking area of the stadium,” Sidhu said.

Police recorded the statements of all the victims during which they said that Sagar and some of his friends, including injured Sonu Mahal, who is a close associate of gangster Kala Jathedi, were staying in a house linked to Sushil near the stadium. “They had been asked to vacate recently and were removed from the house forcefully. Sushil later came to know that Sagar had started bad mouthing him in the Chhatrasal Stadium in front of other wrestlers and also threatened him of dire consequences,” a senior police officer said. 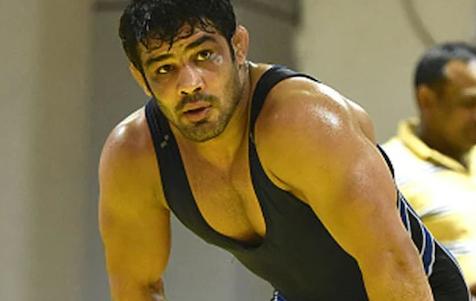