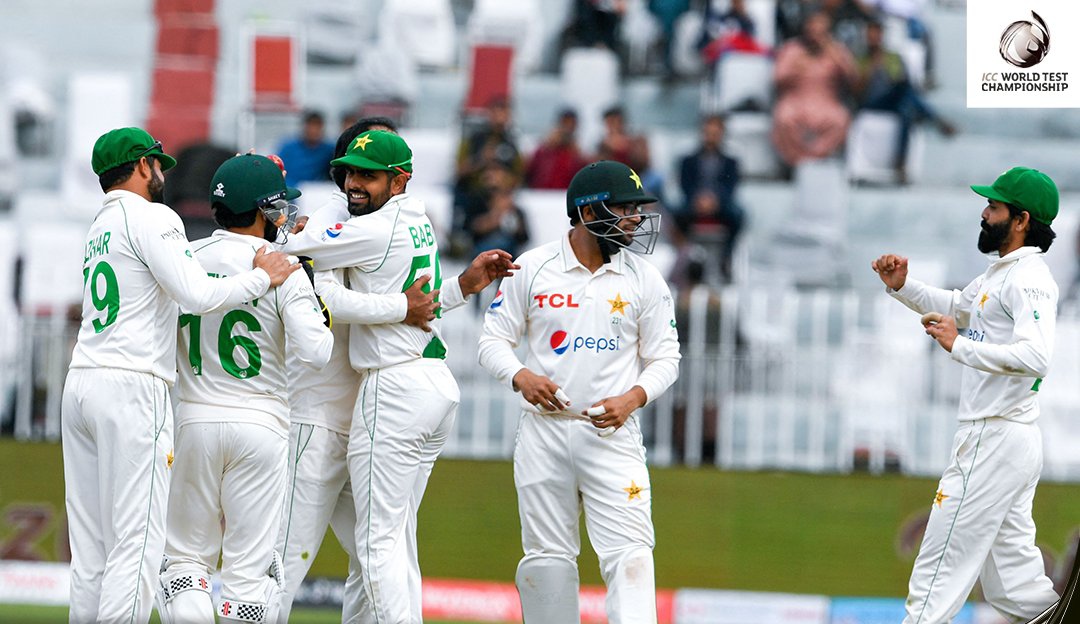 Rawalpindi , March 7: A day where only two sessions of play were possible, Pakistan managed to pick up five wickets but Australia, led by Steve Smith’s fifty, managed to close in on the hosts’ first innings total.

Fans around the world had to wait for action on day four of the first Test to start as the first session was washed out. Though it was bright and sunny in Rawalpindi, overnight rains had left several wet patches on the field.

Play finally started after the lunch break and Australia, commencing the day from an overnight score of 271/2, continued to make merry on a flat track. The overnight rain had little effect on the pitch and as a result the toil continued for the bowlers.

Marnus Labuschagne looked in a hurry to get to his hundred, smashing three fours in three overs but was undone by a brilliant delivery from Shaheen Afridi. Coming around the wicket, he forced a shot and the Aussie batter edged it to the slip – becoming the second batter in the innings to fall in the nervous 90s.

One wicket brought two for Pakistan as Travis Head, after slamming two fours, was out caught behind to Nauman Ali for 8. Steve Smith at the other end, was extra cautious after the two wickets and slowly got to his 34th Test fifty. Cameron Green kept him company and the two took Australia safely to tea.

Pakistan started with pace and spin but soon spinners started operating at both ends, who did a great job at drying the runs up. The move eventually paid off as Green, two runs away from a fifty, tried to sweep his way to the milestone but only managed to top-edge it to short fine leg.

Ali soon got Smith as well with the negative line ploy outside leg stump, as Smith too tried to sweep his way out but Rizwan took a good reflex catch behind the stumps. Naseem Shah then got in on the action and rattled Alex Carey’s stumps for 19.

The light meters soon came out and the umpires decided to take the players off the field due to bad light, with Australia 27 runs behind and with one day’s play remaining.