In WTC final , India and New Zealand are going to clash against each other .

Before the actual clash there will be many statements and counter statements apart from other sides of build up.

One such incident, interestingly, took place during IPL 2021. Royal Challengers Bangalore and India skipper Virat Kohli had once told his teammate and NZ teammate fast bowler Kyle Jamieson that he wouldn’t mind facing the pacer with a Duke ball. Incidentally, Jamieson politely declined the request as the same ball will be used for the big final in Southampton.

Their RCB teammate Dan Christian disclosed the conversation in an interview on The Grade Cricketer’s YouTube channel.

“Pretty cagey from Virat actually, right in the first week we were here. The three of us were sitting down after the nets and these two were talking about Test cricket.

“Virat said: ‘So Jamie (Kyle Jamieson) have you bowled much with the Dukes ball?’ and they are talking about that stuff.

“Jamie says: ‘Yeah, I have a couple of them here, I will have a bowl leading in before I go over there’ and Virat says ‘Oh, if you want to have a bowl against me in the nets, I am more than happy to face’.

“Jamie was like, ‘No chance I am going to ball at you!’ He would have looked at his release point and everything that he does with the Dukes ball! (chuckles),” Christian said.

Now veteran Kiwi pacer Tim Southee, while talking about this incident with The Guardian, said Jamison’s response was a “no-brainer”.

“I’m pretty sure that story is true. But that would be the answer to most batsmen – why would you give them a look? It was smart from Virat to see if he’d fall into the trap but for Kyle, it was a no-brainer to not give the guy a glimpse of what he’ll be facing [in the final],” Southee told The Guardian ahead of the series opener against England.

Jamieson had troubled the Indian batsmen, including Kohli, when they toured New Zealand early last year and it was the main reason why the lanky pacer attracted a huge bid at the IPL auction. Before the IPL was suspended on May 4, lanky pacer Jamieson had picked up nine wickets in seven matches. With inputs from HT Sports 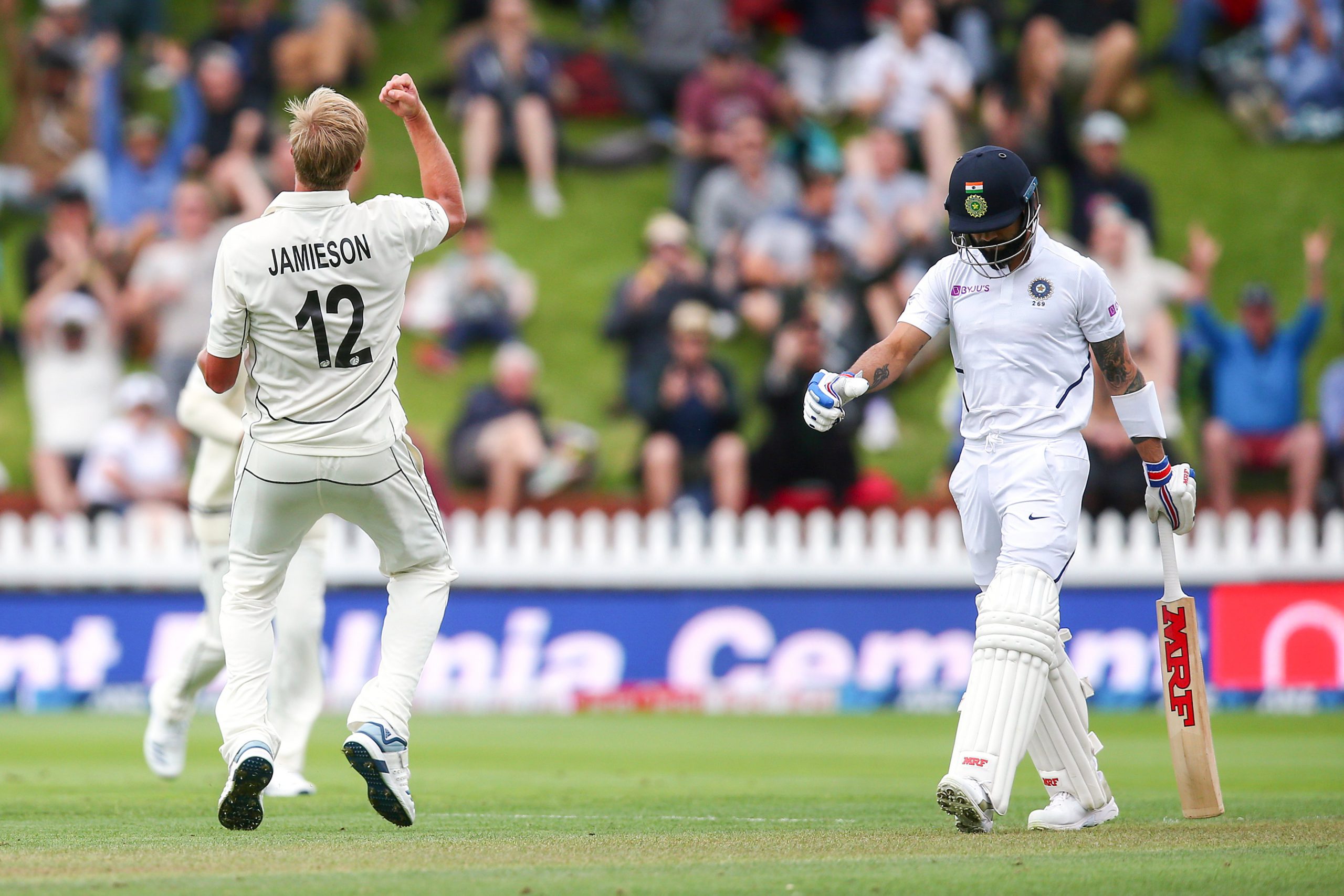