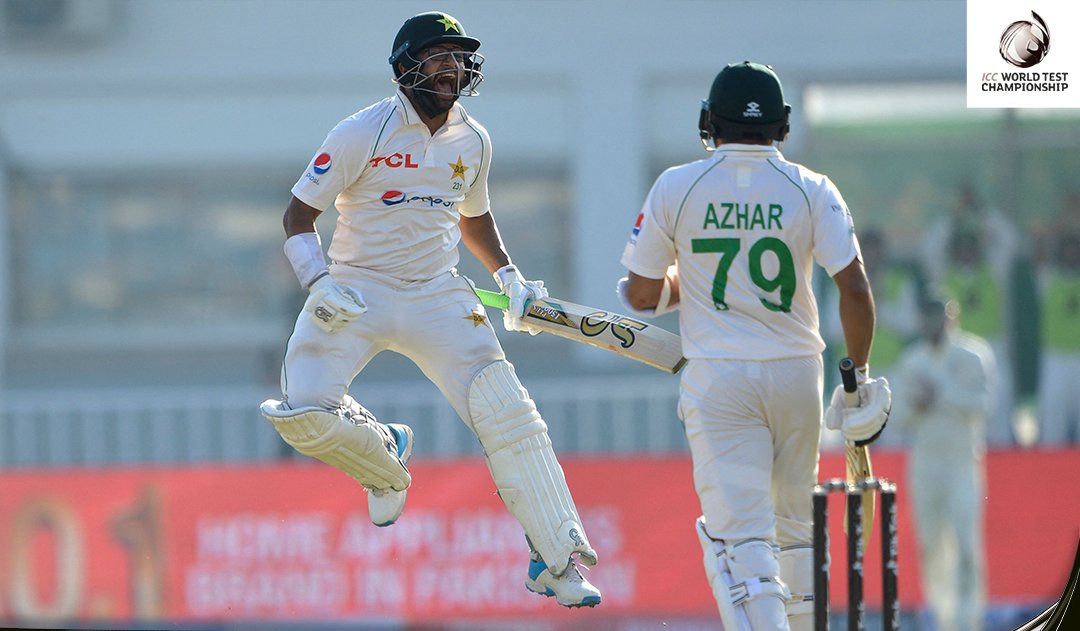 Rawalpindi, March 4: A maiden Test century for opener Imam Ul Haq (132) and solid innings from Abdullah Shafique (44) and Azhar Ali (64) has given Pakistan a strong start against Australia in Rawalpindi.

Having won the toss and elected to bat first, Pakistan batters made full use of the flat batting paradise on offer in Rawalpindi. The famed Australian pace trio Mitchell Starc, Pat Cummins and Josh Hazlewood couldn’t generate much movement off the surface as the openers navigated through the opening exchange without much trouble.

It wasn’t until Nathan Lyon was introduced that Australia started troubling Imam-ul-Haq and Abdullah Shafique. The off-spinner managed to induce edges at will but none of them were straightforward chances that the visitors could gobble up.

Imam, who last played a Test in November 2019, looked in sublime touch on his comeback and got to his fifty in style with a boundary.

The openers almost went unscathed into the first session before a rush-of-blood moment from Shafique brought his downfall.

With an over left for lunch, the right-arm batter was one big hit away from a half-century and decided to take Lyon on for a maximum. However, he didn’t make the desired connection and Pat Cummins covered good ground to take a tumbling catch charging to his right from mid-off. The wicket broke the 105-run opening stand as Pakistan went into the break at 105/1.

Imam, who had looked solid on the other end, was joined by Azhar Ali, and Pakistan’s fortunes remained unchanged after the lunch break. Azhar took his time settling in the middle, while Imam got busy constructing his innings, aiming for a three-figure score.

Cummins rotated his pacers in short stints, and in search of a breakthrough, brought on Cameron Green for the first time, but the tall all-rounder too didn’t find any success.

The visitors had begun to feel the need for another regular spinner in their lineup, but a hint of the reverse swing towards the end of session two reinvigorated Australia. Some signs of reverse swing in Hazlewood’s bowling prompted Mitchell Starc to bowl his first over after lunch. However, Imam and Azhar were up to the task and handled the period maturely, charging on the fuller-length deliveries from Australian pacers and adding runs for the team.

With no success in the middle session, the Australian skipper asked Marnus Labuschagne to roll his arms over. Pakistan went 171/1 for tea.

With only eight runs away from his maiden test century, Imam started steadily after the break. He eventually got to his maiden Test ton with a check drive off Starc in the 66th over.

While the batters completed a second-wicket century partnership, Azhar was cautiously approaching his half-century at the other end. He kept taking singles off the gaps and completed a gritty fifty.

Imam approached the spinners with more confidence after completing his century and began playing shots against them. The second new ball appeared to be Australia’s only hope, but they still had overs left to avail it. With both batters set in the middle and the surface offering little help, Australia had no choice but to use their part-time spinners, Steven Smith and Marnus Labuschagne, before they could take the second new ball in the 83rd over.

Pakistan’s tidy batting display had already exhausted the Australian medium pacers but Starc and Hazlewood were given the second new ball in hand with the task to get the breakthrough for Australia. Lyon assisted the pacers to complete the day’s quota as Imam (132) and Azhar (64) went through to stumps at 245/1.