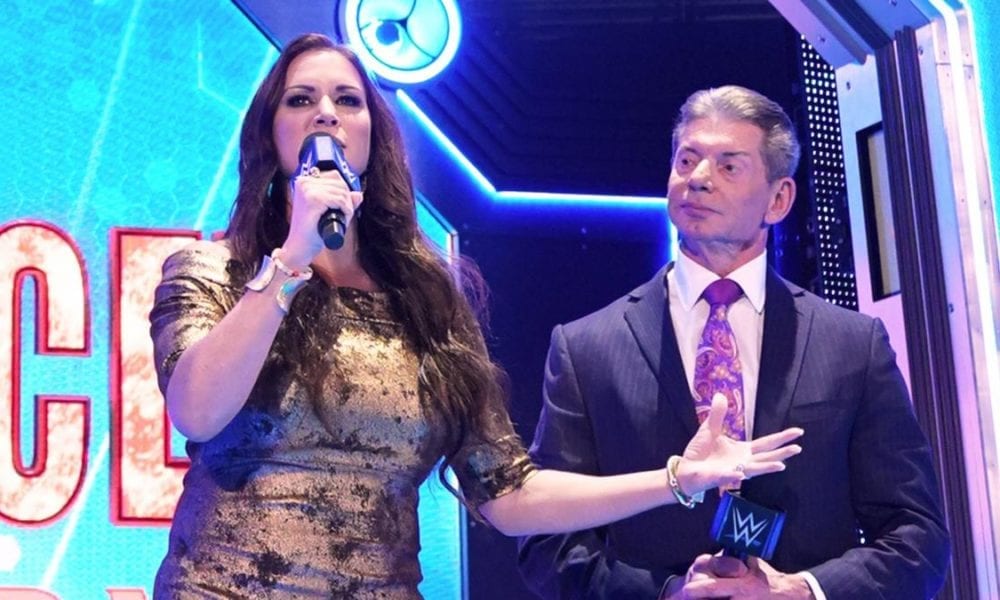 By Kashmir Sports Watch
June 18, 2022
Srinagar: Iconic WWE Chairman and CEO Vince McMahon has stepped down from his position amid investigations into alleged affairs with his daughter Stephanie McMahon named as interim chairwoman and CEO.

The Board of Directors of WWE on Friday announced that a Special Committee of the Board will be conducting an investigation into “alleged misconduct” by McMahon and John Laurinaitis, head of talent relations.

Vince McMahon will however retain his role and responsibilities pertaining to WWE’s creative content during this period of the investigation.
“I have pledged my complete cooperation to the investigation by the Special Committee, and I will do everything possible to support the investigation. I have also pledged to accept the findings and outcome of the investigation, whatever they are,” statement quoted McMahon.
The announcement came in the wake of a report by Wall Street Journal on Wednesday that claimed that WWE is investigating into a $3 million settlement which was agreed upon by McMahon and an ex-employee over an alleged affair. Meanwhile, other non-disclosure agreements by former employees, found during the investigation, also direct towards an act of misconduct by McMahon and Laurinaitis.
Meanwhile, Stephanie McMahon will be serving as the interim CEO and interim Chairwoman as appointed by the Special Committee.
“I love this company and am committed to working with the Independent Directors to strengthen our culture and our Company; it is extremely important to me that we have a safe and collaborative workplace. I have committed to doing everything in my power to help the Special Committee complete its work, including marshaling the cooperation of the entire company to assist in the completion of the investigation and to implement its findings,” Stephanie said in a statement issued.