‘You have to bang the door down’, Rahul Dravid issues selection challenge to T20 squad 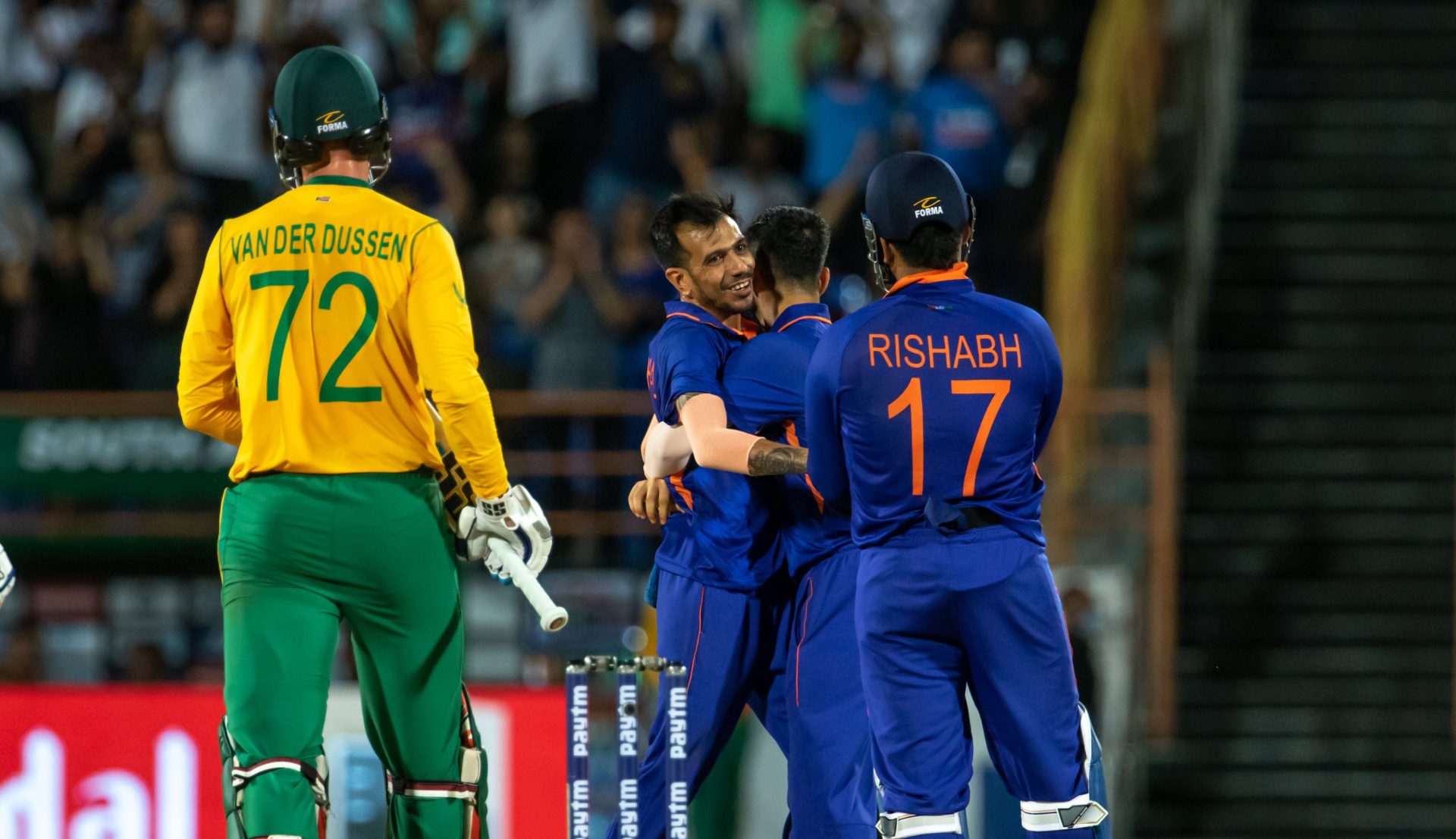 Rajkot: India coach Rahul Dravid has issued a challenge to those players on the cusp of selection for the ICC Men’s T20 World Cup in Australia later this year.

While the start of the 20-over showcase is still more than three months away, India still have many questions unanswered surrounding the make-up of their final 15-player squad for this year’s tournament.

With experienced campaigners Virat Kohli, Rohit Sharma, Jasprit Bumrah and KL Rahul either rested or injured for the recently completed T20I series against South Africa, a host of fringe performers were given the chance to put their best foot forward during the five-match series that ended tied at two-games apiece.

That quartet are almost certain to feature in India’s squad that will travel to Australia at the start of October for the four-week long tournament, but there are seemingly many spots still open for the remainder of India’s touring party.

India still has at least 13 T20Is to play before they fly to Australia, with matches against Ireland (two), England (three), West Indies (five) and Australia (three) slated between now and the start of the tournament on October 16.

And Dravid wants his fringe players to perform during those warm-up matches to ensure they make their case for selection unequivocal.

“I was telling the guys that they have to bang the door down,” Dravid said after rain washed away India’s chances of winning the five-game series against South Africa on Sunday.

“It is not about knocking on the door, they have to start banging the door down.

“We are going to start looking to finalise that squad as quickly as possible.

“Whether that will happen in the next series or the series after that is hard to tell, but we are certainly looking to do that as quickly as possible.”

Experienced seamer Bhuvneshwar Kumar was named Player of the Series against South Africa for his six wickets at an average of just 14, while young left-hander Ishan Kishan put his case forward by finishing as the leading run scorer with 206 runs from five innings at the top of the India batting order.

Veteran campaigner Dinesh Karthik also showed glimpses in his designated role at the end of an innings with a brilliant half-century in Rajkot and two unbeaten knocks during the series that caught the eye of Dravid.

“He (Karthik) is picked for a very specific skill and he was picked for that based on what he has been doing particularly well over the last two or three years,” Dravid said.

“It almost came together perfectly for us in that game at Rajkot when we needed that big performance in the last five overs to be able to make a par score.

“He and Hardik (Pandya) batted beautifully for us and both of them are our enforcers at the end and guys that can capitalise on the last five or six overs as well as anyone in the world.

“It was really nice to see Karthik come off and do what he has been picked to do and it certainly opens up a lot more options for us going forward.

“Innings like that means he is certainly knocking very hard.”

Squads for the World Cup will need to be finalised by early October and Dravid said he is starting to form a picture in his mind about what he wants his touring party to look like.

“As you come closer to events you want to be able to finalise your final squad as quickly as possible,” Dravid noted.