Younis Khan donates bat with which he achieved 10,000 runs milestone

Former Pakistan captain Younis Khan has gifted his bat, with which he had achieved his iconic 10,000 runs mark in Test cricket, to The Citizens Foundation (TCF) to support their cause of education for the underprivileged children. 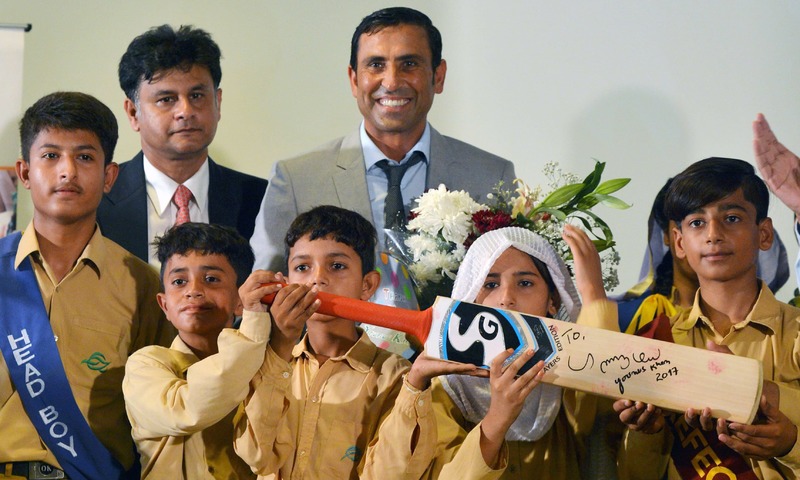 In April, Younis Khan became the first Pakistani cricketer and 13th in the history of Test cricket to cross the 10,000 run milestone during a Test Series against West Indies, hence entering the elite club of the most accomplished cricketers of the world.

The gesture from Younis Khan is a remarkable display of support for the organisation’s mission to educate children from underserved communities in the country, read a statement issued on Wednesday.

The star cricketer donated his life asset to TCF in the realisation of a commitment he made to the organisation earlier during a visit to a TCF school in Steel town, it read.

After presenting the bat to TCF CEO Asaad Ayub, Younis Khan said, “I am of the firm belief that education is the key that will unlock the potential of our great nation. I am convinced that my contribution would further enable TCF to continue with their commendable work of bringing about positive social change.”

At the end of the ceremony, Younis Khan was presented with a plaque and a bouquet in appreciation of his benevolent contribution to TCF.