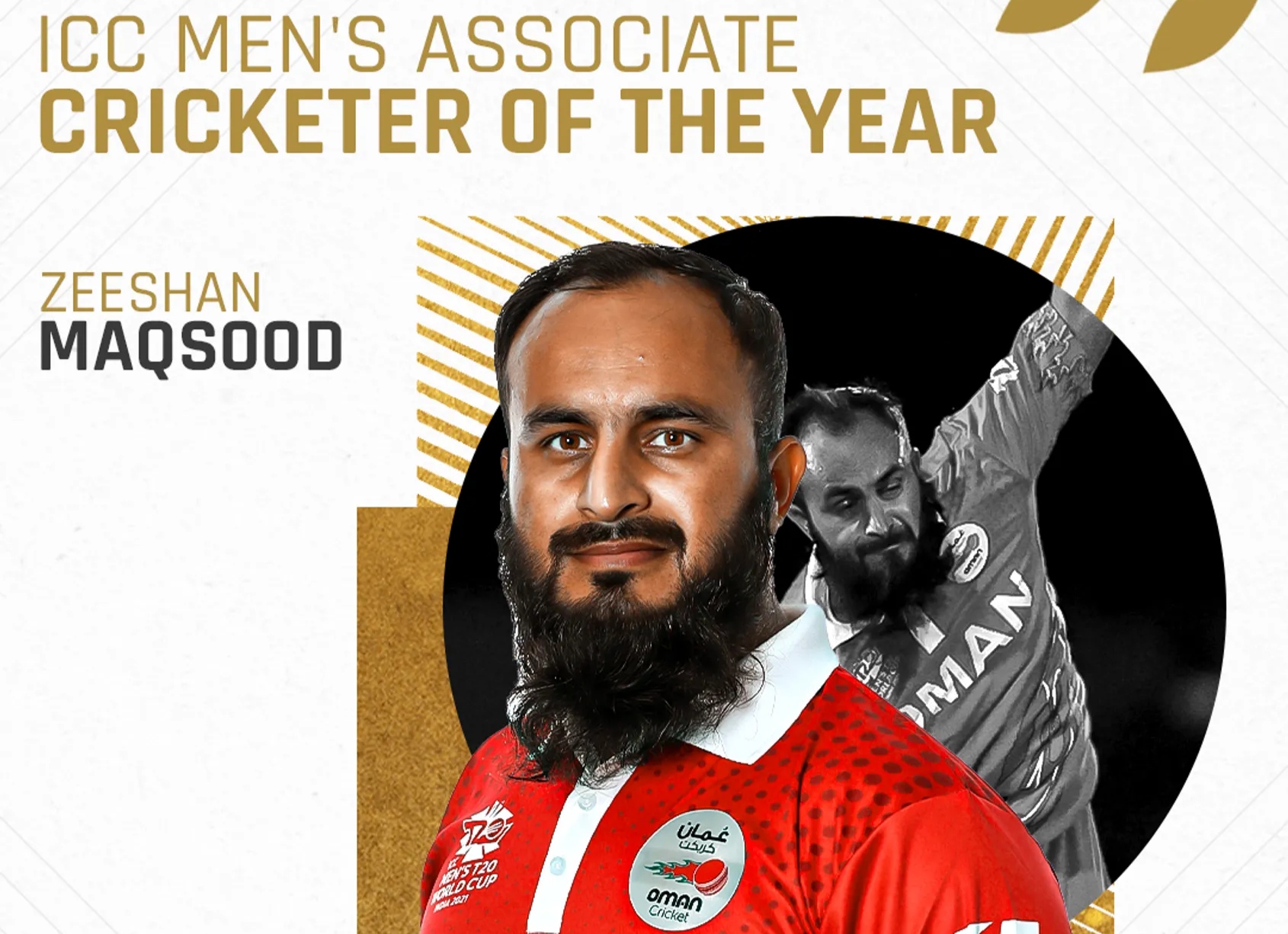 All-round brilliance and inspirational leadership – the ICC Men’s Associate Cricketer of the Year had a memorable run in 2021.

The year that was
Not only leading his side with aplomb, Maqsood flourished in both batting and bowling roles for Oman in 2021. He played a crucial role as a middle-order batter, and picked up wickets consistently with his left-arm orthodox as well.

At the heart of his teams ICC Men’s T20 World Cup campaign on home soil, Maqsood took on some of the Associate best across the year, as well as Bangladesh at the global tournament.

Maqsood made fifties against the USA at home and Namibia on his teams travels, and was at his consistent best as a bowler, controlling the flow of runs in the middle overs and picking up vital wickets. Maqsood particularly thrived against PNG, registering four wickets against them twice this year, one in an ODI and the other one in at the T20 World Cup.

Memorable Performance
Thrust in front of the world’s attention and hosting the major tournament’s first round, Maqsood’s most memorable performance in the year was against PNG at the T20 World Cup.

He ran through the PNG middle and lower-order to register figures of 4/20 (4) to restrict Assad Vala’s men to a a total of just 129/9. Oman went on to win that match by 10 wickets as openers Aqib Ilyas and Jatinder Singh made light work of the run chase.

The win meant Oman started with a first-up victory at the tournament, and Maqsood was named as the Player of the Match for his performance.